Anger Issues? Russian Scientists Have an App for That 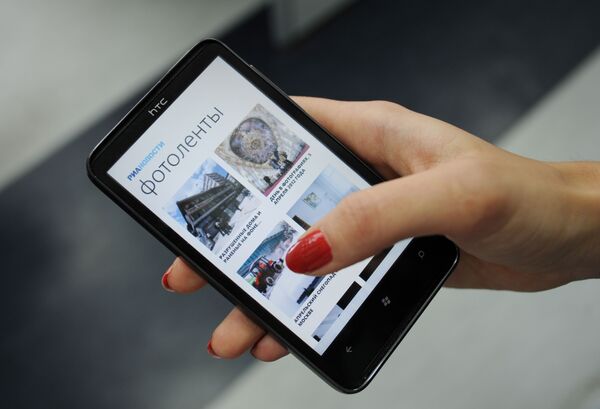 Mathematicians at a Russian research university are teaching people how to avoid unnecessary conflict by controlling their emotions with the help of a mobile phone application.

PERM, September 6 (RIA Novosti) – Mathematicians at a Russian research university are teaching people how to avoid unnecessary conflict by controlling their emotions with the help of a mobile phone application.

“If a person is angry, the device prompts him to complete a couple steps so he can calm down. For example, when the user is exasperatedly talking into the phone, the app notifies him that a conversation in that condition could be damaging, and proposes a few ways to stabilize his emotional state,” Mikhailov, who studies mathematics and mechanics at the Perm State National Research University, said in a statement from the school.

He clarified that the application does not only use volume to detect irritation. “If you’re talking loudly, it doesn’t mean that you’re angry,” the statement quoted Mikhailov as saying.

The app uses a mathematical model currently being developed by scientists at the university. The model, created by Professor Oleg Pensky and some graduate students, imagines emotional robots with non-absolute memory.

By making a robot able to forget some of what it learns, the statement said, scientists can create a mathematical model of robot emotions, which comes close to being a model of human behavior.

“The app, of course, can’t determine the emotional state of the user with 100 percent accuracy,” the statement quoted Mikhailov as saying. “We’re going to enhance the development based on data from experiments. That will begin when we complete work on the first version of the application.”

The statement did not specify how the app advises users to calm down.

The university’s psychologists hope that the program will help businessmen, managers, office workers, and other people who often hold business-related conversations over the phone.