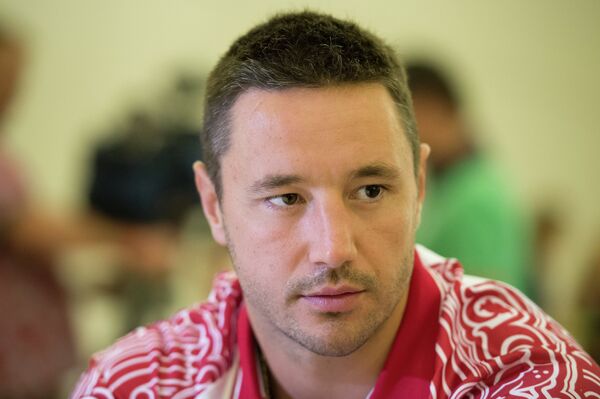 The move is not unexpected given Kovalchuk’s high-profile stature with the team since signing a four-year deal on July 15. One of the greatest Russians to play in the NHL, he is the KHL's marquee player and one of the faces of his country's Olympic hockey program ahead of the Sochi 2014 Games.

But over the summer he has been largely absent, training independently away from SKA and skipping a slate of preseason games. Kovalchuk is expected to arrive in St. Petersburg on Wednesday.

“Naturally, SKA’s captain will be Ilya Kovalchuk and Dmitri will be an assistant,” Kravets said. “We’re a team and everyone understands Kovalchuk’s skill level and his NHL experience.”

Kovalchuk retired from the New Jersey Devils in July after 11 NHL seasons, two All-Star appearances and 816 points in 816 career games.

During the lockout last winter, he served as SKA’s captain for 36 games after the position was surrendered by Kalinin, a four-year KHL veteran. Kovalchuk handed Kalinin back the “C” when the lockout ended in January and he returned to New Jersey.

For the upcoming season, Kravets said the two players will effectively be co-captains, with Kovalchuk, a wing, leading the offense and Kalinin overseeing the blueline.

“We’d like to have two captains,” Kravets said. “The letters are basically the same, all the guys understand.”

On Tuesday, Kalinin, a three-time KHL All-Star and 2011 Gagarin Cup champion with Salavat Yulaev Ufa, said he would not be hurt if the captaincy was turned over to the bigger-name player. He emphasized his one goal, the team's goal, is to win.

“We have one goal and won goal that we want to achieve,” the 33-year-old said. “It’s all about the game. A player like Kovalchuk’s a big plus for SKA. Everyone on the team, and the fans, are eagerly waiting for him to come."

SKA opens their season on September 6 at home against Avangard Omsk.