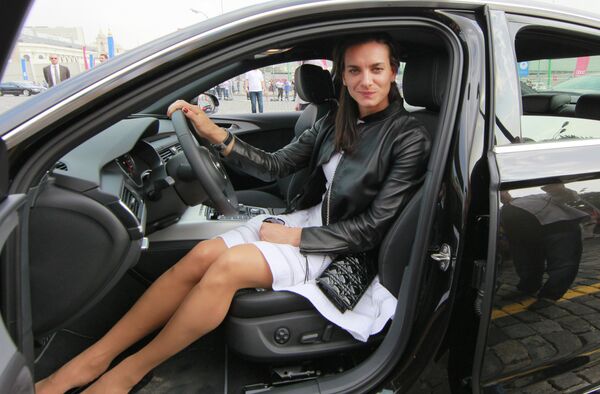 Russian pole vault queen and newly crowned world champion Yelena Isinbayeva is snubbing her native Volgograd as an "ugly" city in decay that lives off handouts to be based in Monaco instead.

MOSCOW, August 22 (R-Sport) – Russian pole vault queen and newly crowned world champion Yelena Isinbayeva is snubbing her native Volgograd as an "ugly" city in decay that lives off handouts to be based in Monaco instead.

Isinbayeva is taking time out to start a family after capturing a third world title with a jump of 4.89 meters in Moscow earlier this month, and has been scouting out a suitable nest.

In an interview with Russian daily newspaper Argumenty i Fakty, the 31-year-old says the southern city of Volgograd – formerly known as Stalingrad and famed for its resistance to the German army during World War II – has suffered a slow decay that makes it unsuitable to raise a family.

"I have lots of ties to Volgograd but I want to live in Monaco," she said of the tiny principality. "Volgograd is a city of victories, and victories for us are associated with sport and with studying. But this all needs to be developed like in Kazan," Isinbayeva said, referring to the main city of Russia’s oil-rich Tatarstan.

"There, you can do any sport you want. But what can you do here, when Volgograd is a beggar city? It's become an ugly old town. It has gone into degradation. ... In our city there are just no conveniences for living."

Isinbayeva then launched into a diatribe on the city of 1 million's other shortcomings like poor roads – "you'd go mad trying fix your car all the time" – low pay for teachers and coaches, and its total lack of any sporting achievement save her own.

Chronic underinvestment in the Russian provinces, referred to colloquially as "the regions," has seen much infrastructure fall into disrepair and public services, in some parts, all but peter out.

Officials hope the $20 billion in investments linked to the 2018 football World Cup might stem the problem. Volgograd is one of 11 host cities and, like the others, will get several new hotels, new transport links and a new stadium.

Isinbayeva courted controversy during the August 10-18 world athletics championships in Moscow by defending new Russian legislation that bans the promotion of homosexuality to minors.

She insisted that she would be back to fight for gold at the 2016 Rio de Janeiro Olympics after giving birth.