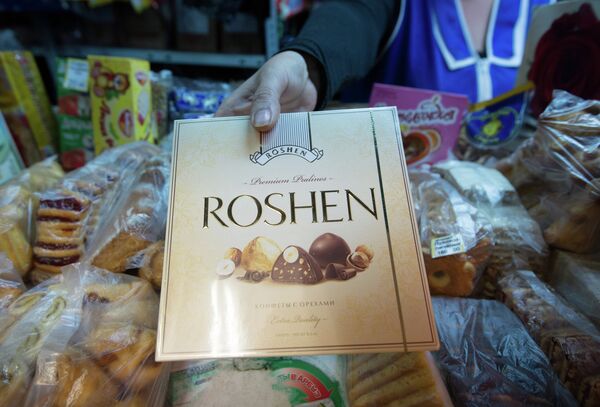 “Ukraine will act promptly on this issue… We were ready and we have an action plan,” Ukrainian Economic Development and Trade Minister Ihor Prasolov said. “Our experts are ready to travel to Moscow for talks at any time, as soon as agreement is reached with the Russian side.”

Prasolov said he would chair a working group including Agrarian Policy and Food Minister Mykola Prysyazhnyuk to negotiate with Russia on the issue.

“The strategy is as follows: we will hold consultations with the Russian side, we will request and study the official results of tests and engage in talks about an inspection of our factories by Rospotrebnadzor experts,” Prasolov said.

Rospotrebnadzor first voiced its concerns about the quality of Ukrainian candies several weeks ago, claiming tests revealed the presence of benzopyrene in Ukrainian milk chocolate and other violations.

The dispute is the latest in a string of recent arguments over trade between Ukraine and Russia, including Moscow's complaint that an additional import tax on cars imposed by Kiev would be harmful for its carmakers.

Ukraine also remains locked in a long-standing dispute over the price it pays Russia for imported gas. Russia's gas supplier Gazprom claims Kiev owes billions of dollars in back-payments for gas it has declined to buy under a disputed contract signed in 2009 by former Prime Minister Yulia Tymoshenko.

Russia has also been trying to persuade Ukraine to join its customs union with Belarus and Kazakhstan. Ukraine, however, has been reluctant to join the group because it expects to sign a free-trade agreement with the European Union. The two deals are mutually exclusive.

“No matter… how they try to find a political aspect in this, they won’t find [it], because we have objective evidence to prove that the quality does not meet the declared requirements,” he told journalists in Moscow.