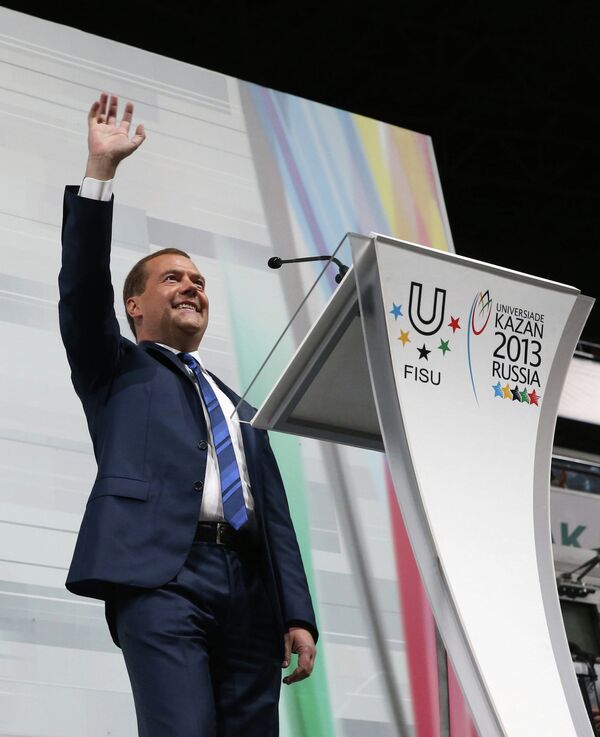 Russian Prime Minister Dmitry Medvedev closed the curtain on the 27th World University Games late Wednesday, looking forward to the upcoming Sochi Olympics as an even "harder test" for Russia.

The event, also known as the World Student Games or Universiade, which ran July 6-17 in the Volga River city of Kazan, has been widely seen in Russia as practice for February's Winter Games, themselves a major point of international prestige for Moscow.

"Sochi is going to be a harder test still," Medvedev told a packed Kazan Arena.

Russian officials have touted the University Games, where Russia garnered a record 292 medals including 155 gold, as a major success. However, media reports have given rise to criticism regarding the disproportionate involvement of Russian Olympic athletes and the discrepancy between official numbers of sold tickets and the largely empty stands at many events.