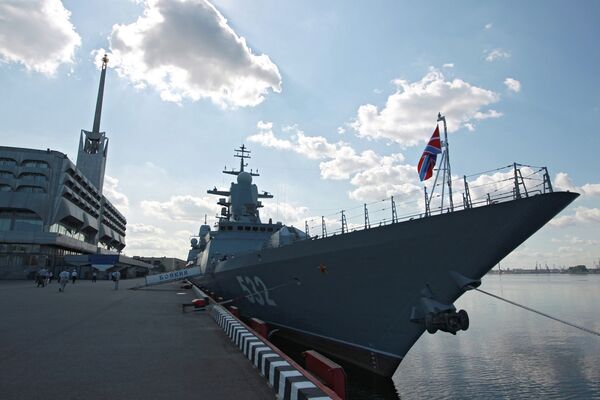 “During this year, 36 combat ships, fast attack crafts and support vessels will join the Russian Navy. This has never happened before,” Fedotenkov said at the International Maritime Defense Show in St. Petersburg.

Russian Navy warships are now performing missions in all areas of the World Ocean, with over 60 combat ships currently at sea, he said.

Defense Minister Sergei Shoigu said in March the Russian Navy would receive 24 submarines and 54 warships of various classes by 2020.

“As a result of the implementation of the state rearmament program to 2020, the navy should receive eight nuclear-powered strategic submarines, 16 multirole submarines and 54 warships of various classes,” Shoigu said.

Russian President Vladimir Putin said last year that the procurement of new warships and submarines for the Navy would be a priority over the next decade. The Russian government has allocated five trillion rubles ($166 bln) or a quarter of the entire armament procurement budget until 2020 for this purpose.