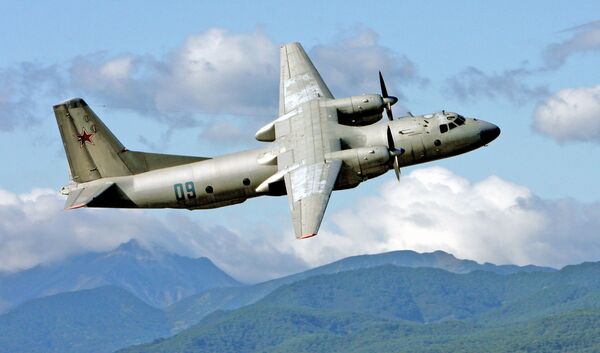 The Russian Defense Ministry is considering two possible designs for a replacement for the obsolete Antonov An-26 military transport aircraft, a senior ministry official said on Monday.

The ministry is considering development of a light military transport plane based on the Antonov An-140 turboprop airliner made by Aviakor in Samara, or the rival Ilyushin Il-112V transport aircraft to be made by the Voronezh aircraft plant (VASO), Deputy Defense Minister Yury Borisov said.

He offered no indication when a final choice will be made, only saying the ministry is currently comparing the planes’ specifications.

The An-26 is a twin-engined turboprop aircraft designed and produced in the USSR from 1969 to 1985.

The An-140-100 was developed by Russia's Antonov design bureau as a replacement for the An-24 and An-26 series aircraft. It can carry up to six metric tons of cargo to a range of over 2,000 kilometers, and can be used for patrol, military transport and special-ops missions.