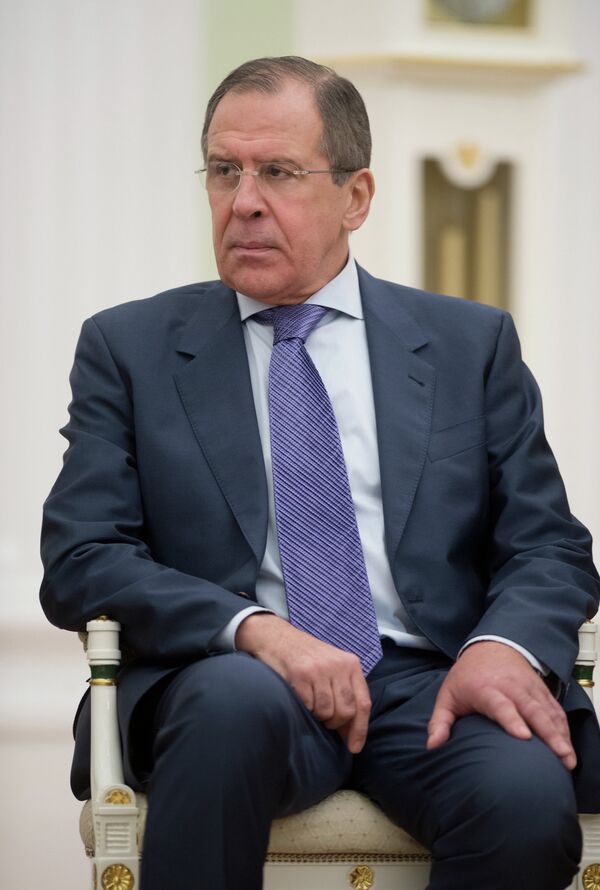 © RIA Novosti . Sergei Guneev
/
Go to the mediabank
Subscribe
International
India
Africa
Any upcoming treaties on nuclear arms reductions will have to involve all countries that have atomic weapons at their disposal, Russian Foreign Minister Sergei Lavrov said Saturday.

MOSCOW, June 22 (RIA Novosti) – Any upcoming treaties on nuclear arms reductions will have to involve all countries that have atomic weapons at their disposal, Russian Foreign Minister Sergei Lavrov said Saturday.

Lavrov was commenting on US President Barack Obama’s proposal from earlier this week to slash US and Russian nuclear arsenals by one third from the limit imposed by the bilateral New START treaty in 2010.

The New START limits deployed nuclear warheads to 1,500 per country, though the actual slashing of nuclear arsenals is still ongoing.

Moving beyond the New START will make nuclear arsenals of the United States and Russia comparable to those of other countries with nuclear weapons, Lavrov said.

“This means that further moves possibly proposed for reduction of actual strategic offensive arms will have to be reviewed in a multilateral format,” Lavrov said on Rossia-1 television.

“And I’m talking not just official nuclear powers, but all countries that possess nuclear weapons,” the minister said.

In addition to the United States and Russia the list of confirmed nuclear powers currently includes Britain, China, France, India, Pakistan and North Korea. Israel is often accused of possessing nuclear weapons, and Iran of developing them, but neither confirmed the allegations.

The number of atomic weapons at the disposal of nuclear powers other than Russia and the United States is considered to be between 100 and 300 per country, according to the Federation of American Scientists.

Lavrov also said that Russia will be taking into account US plans for a missile defense shield in Europe when deciding on further nuclear arms reduction. He added that Obama acknowledged the “necessity” of this approach.

Russia has argued for years against the US missile defense shield plans, insisting that it could disrupt the strategic parity between the two former Cold War rivals.