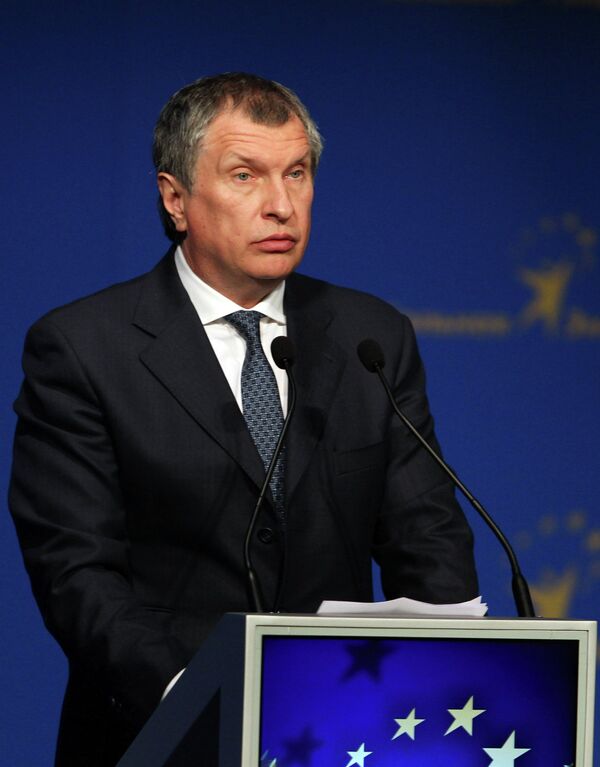 Rosneft’s head Igor Sechin said the contract envisages the export of 365 million tons of oil to China over the next 25 years.

The deal will reshape the geography of oil exports from Russia, currently the world’s largest producer of crude. Most Russian oil currently goes to Europe via a network of pipelines from West Siberia, while only a fifth of it is exported to Asia.

In 2009, Russia completed construction of a 2,700 kilometer (1,700 mile) pipeline across Siberia to China’s Manchuria region.

In April, Rosneft and CNPC signed an agreement to deliver 37 million tons of oil a year.

Also Friday, Rosneft signed news deals to expand its presence in Italy and the Czech Republic.

The company said that it would create a joint venture with Italian oil refiner Saras to trade oil. Earlier this week, Rosneft bought 20.99 percent of Saras’ share capital.

It also announced plans to export oil to the Czech Republic together with Poland’s PKN Orlen via the Soviet-built Druzhba pipeline. Rosneft will supply up to 8 million tons of oil until 2016 for up to $7 billion, it said.

Updated with new contracts in Europe.