Russia to Start Building Prototype of New Heavy ICBM in 2014 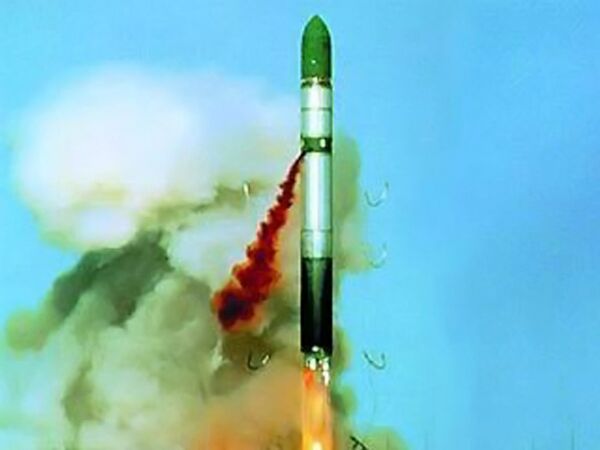 Russia will begin construction of a prototype of a heavy liquid-fuel intercontinental ballistic missile (ICBM) in 2014, a Defense Ministry source said Tuesday.

In 2011, the Russian military announced plans to build the missile by 2018. It is expected to replace the Voyevoda (SS-18 Satan) ICBM, which has been in service since 1967.

“The construction of a full-size prototype of this missile will begin next year,” the source said, adding that the design of the missile was approved in 2012.

So far all of Russia’s recent ICBM projects, both sea-launched (Bulava) and ground-based (Topol-M, Yars), have been solid-fuel.

Russia's Strategic Missile Forces commander Col. Gen. Sergei Karakayev said last year that the new ICBM would have a launch mass of about 100 tons with a better payload-to-launch-weight ratio than in a solid-fuel missile. As a result, the missile would carry more powerful warheads, including MIRVs with decoy elements.

Combined with advanced ICBM targeting system, which is currently being developed in Russia, the missile will be able to penetrate the most sophisticated missile defenses anywhere in the world, Russian experts and officials believe.