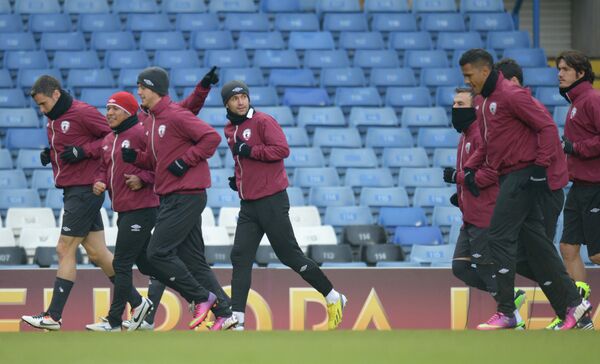 According to the Ekho Moskvy radio station, prominent NTV Plus commentator Alexei Andronov alleges he is being wrongly pursued by tax authorities on a payment from Rubin he claims he never received.

“Rubin presented forgeries to the tax office,” Ekho Moskvy cited Andronov as saying on Twitter. “The question is who got the money and whose signature is on there.”

The regional branch of Russia’s Investigative Committee said in a statement that it was looking into the claims.

The tweets cited by Ekho Moskvy are not visible on Andronov's account and have not been viewed by R-Sport. Yet in subsequent tweets, which were visible Monday night, Andronov referred to the matter and commented approvingly on news of the investigation.

It remains unclear whether Rubin ever paid Andronov or if they ever had any business relations. Rubin has yet to comment on the allegations.
In February, Rubin was forced to alter contracts with some of their players after prosecutors said the deals violated Russian labor law. Tax problems were among several violations.