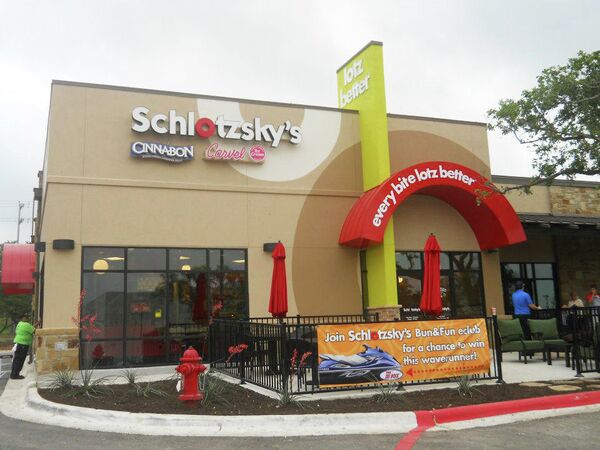 © Facebook.com/Schlotzskys
Subscribe
The US fast food restaurant Schlotzsky’s has inked a deal with the owner of the prominent Russian travel agency Pegas Touristik to open more than 50 restaurant across Russia and the former Soviet Union, the company said in a statement this week.

WASHINGTON, June 12 (RIA Novosti) – The US fast food restaurant Schlotzsky’s has inked a deal with the owner of the prominent Russian travel agency Pegas Touristik to open more than 50 restaurant across Russia and the former Soviet Union, the company said in a statement this week.

The Texas-based toasted sandwich chain has awarded a master franchise agreement to Pegas owner Mehmet Akpinar to open 55 restaurants in Russia and seven former Soviet republics over the decade, the company said, becoming the latest US fast food restaurant to join a race to satisfy what industry experts describe as a growing Russian appetite for American fast food.

“This is a huge deal for us – we love expanding the Schlotzsky’s brand with entrepreneurs like Mehmet, who understand the complexities, challenges and rewards of operating a company within their respective country,” Mike Shattuck, president of Focus Brands International – which spearheads the overseas expansion of Schlotzsky’s and other US food chains – said in the statement.

Akpinar plans to open the first restaurant in Moscow next year, with the remaining locations to be opened over the next 10 years in Belarus, Estonia, Kazakhstan, Latvia, Lithuania and Ukraine as well, Schlotzsky’s said. The chain already operates in Azerbaijan.

“After looking at the international success of Focus Brands’ restaurants and the available market share for a restaurant like Schlotzsky’s in these countries, it seemed like a natural fit for us. I’m thrilled to open the first location,” Akpinar said in the statement.

McDonald’s, which operates more than 350 restaurants in 85 Russian cities, announced earlier this year that it plans to open at least 150 new restaurants in Russia over the next three years as well as possible franchised restaurants in Kaliningrad and Siberia.

The US sandwich chain Subway and the hamburger chain Burger King have also announced plans in recent years to seize a greater share of Russia’s fast-food market, which Euromonitor International estimates at $8.7 billion, the Russian business daily Vedomosti reported in February.

Subway, which first opened its doors in Russia in 1994, currently has more than 400 restaurants across the country and has publicly said it plans to expand its Russian network to 1,000 shops by 2015.

Other US fast-food chains – including pizza restaurants Papa John’s and Domino’s Pizza, and burger joints Wendy’s and Carl’s Jr. – have expanded their presence in Russia in recent years as well.