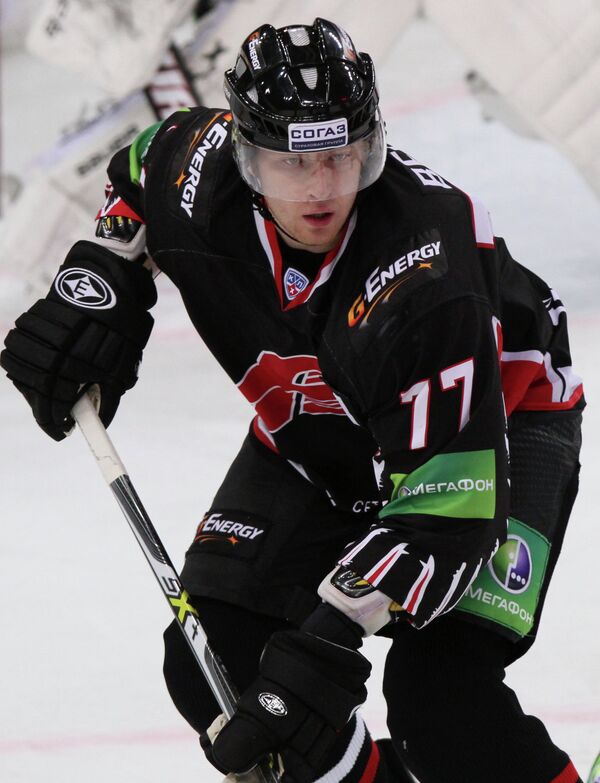 The undrafted 6-foot-4-inch, 216 pound defenseman was unveiled as an Edmonton player last week after triggering a get-out clause in his contract with Avangard Omsk.

"I want to grow professionally," Belov told R-Sport. "I had the opportunity of signing a multi-year contract with Omsk this summer and provide for myself and my family for years to come, but I believe that these things can relax an athlete," he said.

"When you know you have a contract, that the money is flowing, then this feeling of calm appears, of satisfaction, and this is what stops your development," he added.

Belov, 26, had nine goals and 17 assists in 46 games for Avangard last season, and contributed four points in eight games at the world hockey championships in May as one of Russia’s top blueliners. He has played regularly for the Russian national team since 2003.

While Belov emerged as one of the KHL’s premier two-way defenseman last season, he has not been far from controversy in his five seasons with Avangard.

He tested positive for a banned substance during the 2012 Gagarin Cup finals against Dynamo Moscow and was banned before game five, a potential series clincher Avangard lost 3-2. Avangard, who had been leading the series 3-1, went on to lose the series in seven games.