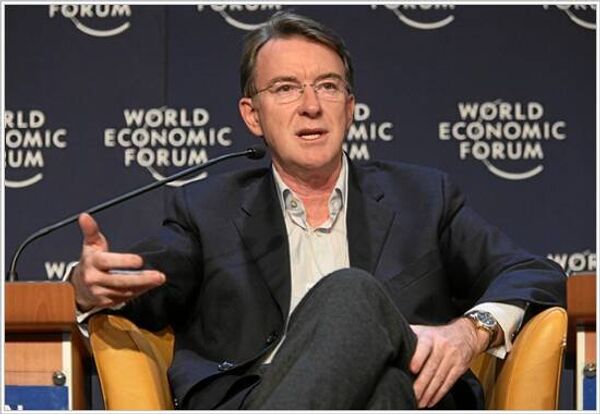 “The Board recommended two new candidates to the Board of Directors - Sergei Boev and Peter Mandelson - who will replace Vyacheslav Kopyev and Yevgeny Novitsky. The size of the Board and the level of independent directors will remain unchanged totaling 13 and eight members, respectively,” Sistema said.

Lord Mandelson was the European Trade Commissioner between 2004 and 2008, when he negotiated trade agreements with many countries and led European negotiations in the WTO Doha World Trade Round.

Sistema is the largest publicly-traded diversified holding company in Russia and the CIS, which invests in and is a major shareholder of companies serving over 100 million customers in the sectors of telecommunications, high technology, oil and energy, electronics and aerospace, banking, retail, mass-media, tourism and healthcare services, according to the company’s website.

Sistema is controlled by Vladimir Yevtushenkov, who is ranked 175th in the Forbes World’s Billionaire List with a fortune of $6.7 billion.