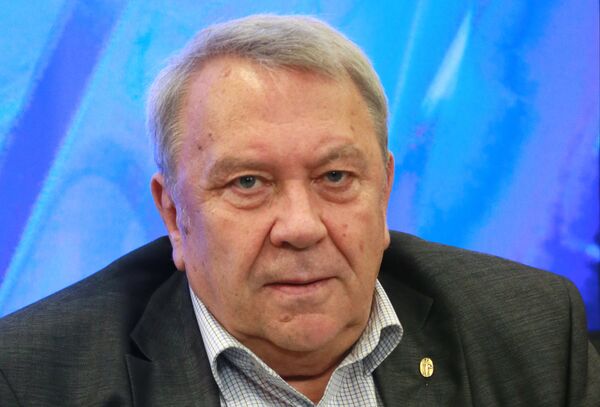 Vladimir Fortov, a prominent Russian physicist, was elected on Wednesday as the new head of the Russian Academy of Sciences (RAS).

MOSCOW, May 29 (RIA Novosti) – Vladimir Fortov, a prominent Russian physicist, was elected on Wednesday as the new head of the Russian Academy of Sciences (RAS).

Fortov, director of the Institute of Thermal Physics of Extreme States, received 766 out of 1,313 votes in a secret ballot at the general meeting of academy members in Moscow. He needed 658 votes to be elected.

Fortov was favored to win the vote, with his candidacy supported by the RAS presidium and the majority of the RAS branches. He must now be approved for the job by President Vladimir Putin. If Putin refuses, a new election should be held within six months.

Fortov, whose research into high-density plasma has won international acclaim, told reporters on Wednesday that his key goal as RAS president would be to turn the academy into a generator of ideas for the betterment of the country.

“The academy has good potential…and must take a more active, I would even say slightly aggressive, position [in generating ideas],” he said.

He added that he intended to curb bureaucracy in scientific institutions and establish close ties between fundamental research bodies and industrial enterprises.

“We are choked by bureaucracy, with the number of [regulatory] documents, reports and senseless notes exceeding all logical limits,” Fortov said in response to persistent criticism that the RAS had become ineffective and should be disbanded.

In addition, the academician vowed to establish “constructive collaboration” with the Education Ministry in light of the long-running conflict that recently saw him and Alfyorov quit the ministry’s Public Council.