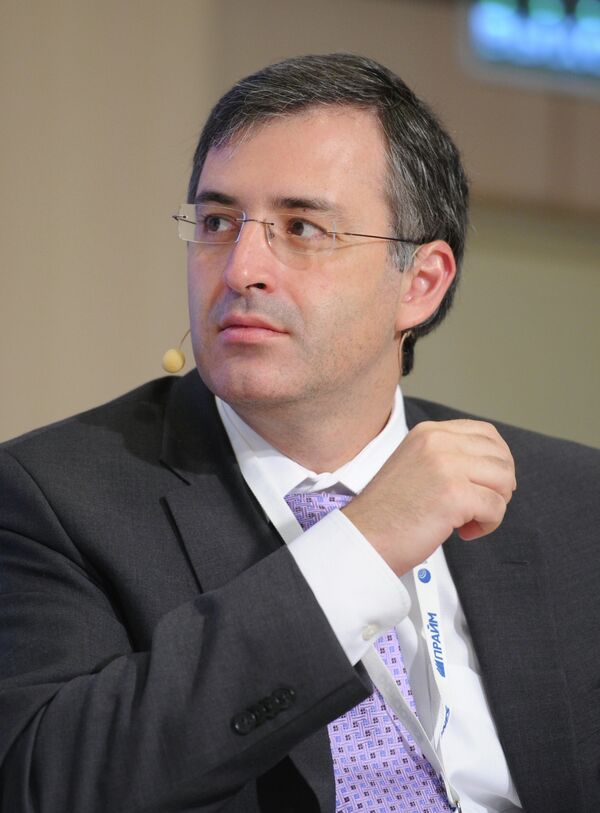 MOSCOW, May 29 (RAPSI/RIA Novosti) – Sergei Guriev, a leading Russian economist, has been questioned in connection with the Yukos case, the Investigative Committee’s press office has confirmed to RIA Novosti.

The Investigative Committee said that this took place “some time ago,” but offered no further details.

Guriev is described in the Russian media as a government advisor on economic affairs, and has been actively involved with Prime Minister Dmitry Medvedev’s Open Government initiative for a number of years. He focused on issues related to competition and corruption in the Russian economy.

Guriev has resigned from his post as rector of the Russian Economic School (NES) and asked to be struck off the list of candidates for the Sberbank Supervisory Board. Analysts quoted in the Russian media have suggested that this is connected with the increased scrutiny he is experiencing from the Investigative Committee.

Russia’s Economic Development Minister Andrei Belousov described Guriev’s resignation as a “pity,” and added “Sergei is a qualified expert, and everything that is happening to him now is unfortunate.”

On Tuesday, Guriev told the Prime news agency on Tuesday that he is currently out of the country.

The outspoken economist made headlines in September 2012, when he raised the specter of economic and political instability in Russia at the Reuters Russia Investment Summit.

“The regime may fall apart overnight, and in a way that we don’t know. It may be in a peaceful way, it may be in a bloody way,” news agencies quoted him as saying. "If Putin fights corruption successfully, the opposition is gone. If Putin doesn't fight corruption, he's gone, and a new government will fight corruption."

The Yukos case is one of the most high-profile cases in Russia in the past decade.

Once the country’s largest oil company, Yukos was declared bankrupt and its assets were taken over by Rosneft.  Many, particularly in the West, have argued that the case was politically motivated, although the authorities in Moscow deny these charges.

They were expected to be released in 2017, taking into consideration the time they had served for the convictions handed down at their first trial. Their sentences were later reduced by one year. On December 20, 2012, the Moscow City Court Presidium reduced their sentences from 13 to 11 years.

In 2011, Guriev contributed an expert statement to a Presidential Civil Society and Human Rights Council report on the legality of the second Yukos case. In this statement, Guriev maintained that Khodorkovsky was not guilty and also noted that he had no conflict of interest related to companies affiliated to Yukos or Khodorkovsky.

In 2012, Investigative Committee spokesman Vladimir Markin claimed that some of those involved in evaluating the legality of the second Yukos case were affiliated to organizations that had taken Yukos funds.

Commenting on accusations of conflict of interest circulating in the Russian media at the time, head of the presidential council Mikhail Fedotov said: “The information distributed by [the media] is incorrect, to put it mildly.”