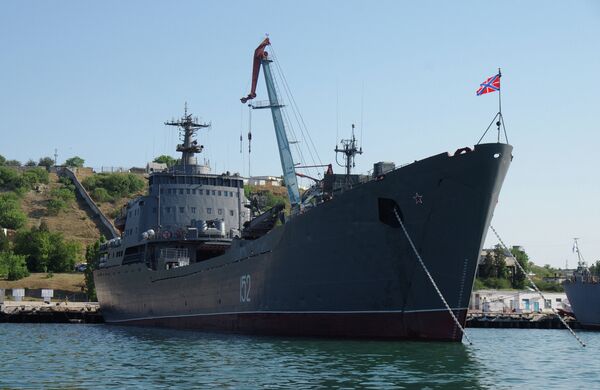 "During a planned rotation, large landing ships Nikolai Filchenkov and Azov from Russia’s Black Sea Fleet have started performing their tasks in the Mediterranean,” Trukhachyov said.