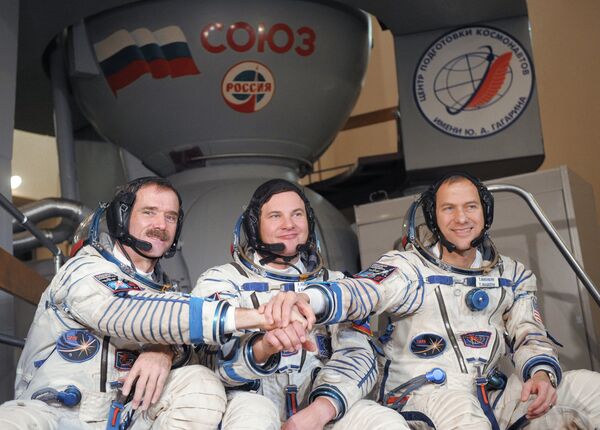 The landing of the spacecraft, which left the space station some three hours earlier, was ensured by three planes and 12 Mi-8 helicopters.

The crew members, who returned back to Earth from the ISS, are Chris Hadfield of Canada, Roman Romanenko of Russia and Thomas Marshburn of the United States.

The ISS’s orbit was raised by about 2.6 kilometers (1.6 miles) to 413.8 kilometers (257 miles) on May 8 to create the best conditions for the undocking of the Soyuz TMA-07M from the orbital station.

After the departure of Soyuz TMA-07M, the ISS will temporarily host a three-member crew: Russian cosmonauts Pavel Vinogradov and Alexander Misurkin, and NASA astronaut Christopher Cassidy.

The Soyuz TMA-09M, to be launched from the Baikonur space center in Kazakhstan on May 29, will take new crew members to the station: Fyodor Yurchikhin of Russia, Karen Nyberg of the United States and Luca Parmitano of Italy.