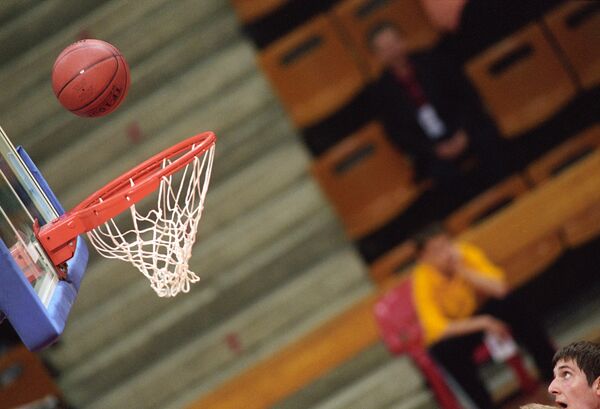 Slovenia is struggling with a tight budget and question marks over the readiness of its venues for September's European basketball championships, officials acknowledged Saturday.

LONDON, May 11 (R-Sport) – Slovenia is struggling with a tight budget and question marks over the readiness of its venues for September's European basketball championships, officials acknowledged Saturday.

Eurobasket is the first major sports event to be held in Slovenia and will use renovated older arenas in four cities.

“The budget is a little tight ... but nevertheless we have good sponsors, we found pretty much all of them,” tournament director Ales Kriznar said.

He put the budgetary issues down to the wider financial crisis afflicting Europe. But he insisted: “The sponsorship part is good and also the ticketing sales for the final round from the quarterfinals on, they’re almost gone."

According to Kriznar, hosting the tournament will put 40 million euros into Slovenia's struggling economy through spending by foreign visitors alone, against a budget of between 7 and 8 million euros.

Slovenia is reportedly also paying basketball’s continental governing body, FIBA Europe, 6 million euros for the right to host the event, with half of that sum provided by the government.

Kamil Novak, general secretary of FIBA Europe, said some issues with the venues remained unresolved but insisted "everything is according to the plan.”

"I am very excited that we will have successful Eurobasket in Slovenia,” he said. A “big renovation” of Ljubljana’s Tivoli Arena announced last week was a good sign, he said.

“You can see three games in three cities in one day,” he said.

Eurobasket will run from September 4 through 22, when Spain will seek to defend its title. Slovenia won the right to host it in 2010 after all of the five other interested countries withdrew their candidature.