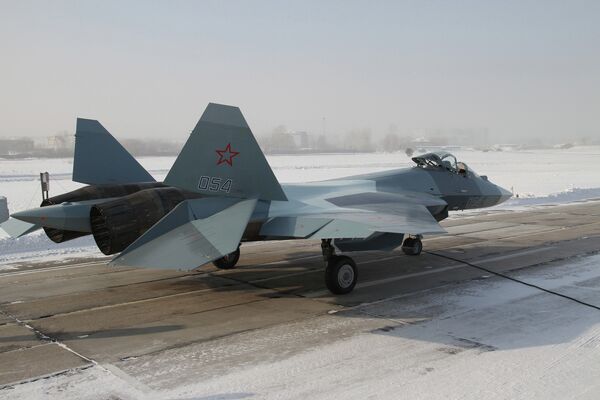 “In 2013 we are expected to wrap up its preliminary tests and start operational testing. In 2014, we are planning to start official state tests,” Pogosyan said on Tuesday, adding "the first stage of the state trials should be complete by 2015."

The test program involves six prototype airframes, including four flying, one static and one systems test airframe. Another flying prototype will join the tests this year, Pogosyan said. "Flight testing this year will go ahead with five aircraft," he said.

The T-50, also known as PAK-FA (future tactical fighter aircraft), first flew in January 2010 and was presented to the public at the Moscow Air Show in 2011.

The T-50, which will be the core of Russia's future fighter fleet, is a fifth-generation multirole fighter aircraft featuring elements of "stealth" technology," super-maneuverability, super-cruise capability (supersonic flight without use of afterburner), and an advanced avionics suite including an X-band active phased-array radar. 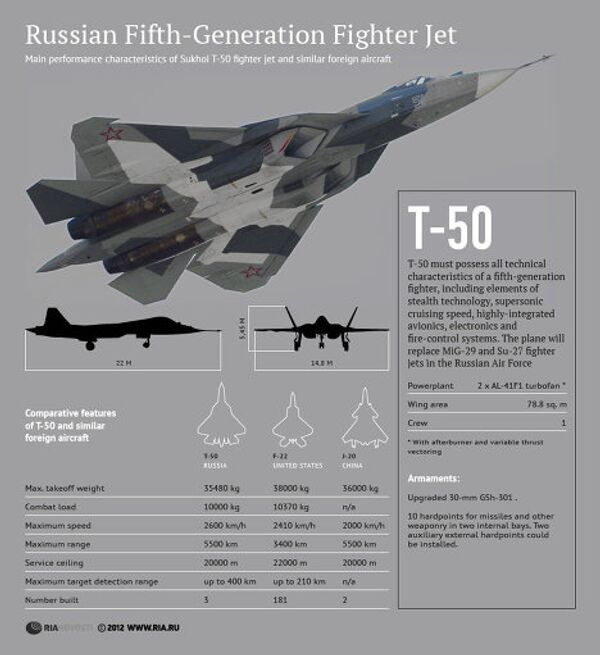