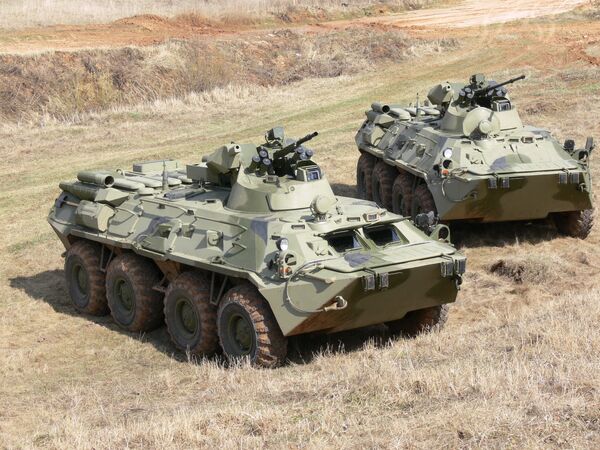 During the trials, the BTR-82AM, which is due to replace the military’s workhorse, the BTR-80, will cover “dozens of miles at sea” to test its stability and endurance when afloat, Trukhachev said.

The new APC incorporates an automatic 30-mm artillery system, which “has significantly enhanced the vehicle’s firepower,” he said.

The BTR-82AM is the latest APC modification of the BTR-80 8x8 wheeled carrier, production of which began in 1986.

It features improved armor, is equipped with the Glonass navigation system and has a more powerful engine of 300 hp.