Russia Not Obliged to Notify West of War Games - Ministry 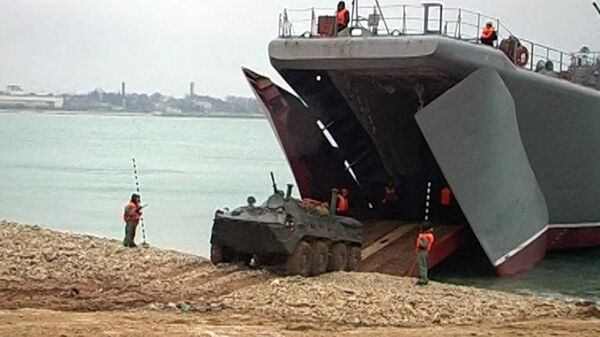 “The mechanism of checks today is such that we only need to notify Western countries when we hold planned events,” Sergei Ryzhkov, the chief of the ministry’s treaty implementation department, told journalists.

“If exercises occur suddenly, we may notify them [other countries] only when the exercises begin,” Ryzhkov said.

Russian President Vladimir Putin ordered snap drills on Thursday, as concerns persist over the combat readiness of the armed forces in Russia.

The Black Sea exercise, which ended on Sunday, involved up to 7,000 military personnel, including rapid deployment, airborne and special task forces, more than 30 warships, about 250 armored vehicles, up to 20 pieces of artillery and 20 aircraft.

The unscheduled exercise was the second in the span of two months and followed a major shake-up at the top of a military establishment demoralized by persistent evidence of rampant corruption.

Ryzhkov added that in line with the 2011 Vienna Document on Confidence- and Security-Building Measures, other countries should be notified of war games only when at least 9,000 troops participate in the drills.

Furthermore, when the number of troops taking part in the drills equals or exceeds 13,000, such exercises should be subject to foreign observation, he said.