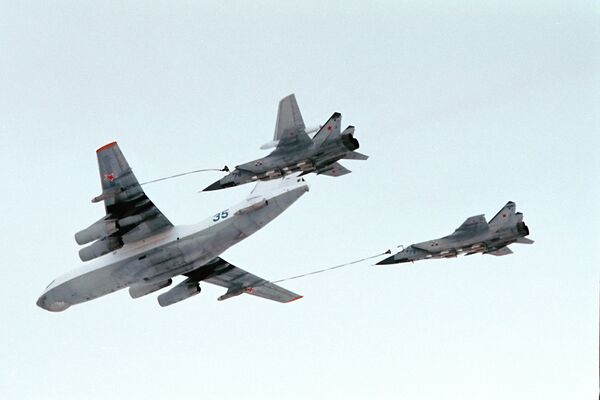 Russia's United Aircraft Corporation (UAC) and the Defense Ministry are in talks over a deal for new Ilyushin Il-78 Midas aerial refueling tankers for the Russian Air Force, UAC said on Tuesday.

“Work is in progress to agree the terms...but until the contract is signed we are unable to make any comment,” a UAC press service representative told RIA Novosti, adding that the contract is part of the State Arms Procurement Program for the period to 2020.

Some media reports in mid-February claimed the parties were close to signing a deal for 31 new Il-78 tankers.

The ll-78 is a four-engine aerial refueling tanker based on the Il-76 heavy transport aircraft. A modernized version of the Il-76MD-90A (also known as Il-476) will soon enter series production at the Ulyanovsk-based Aviastar-SP plant.

The new tankers would be based on the Il-76MD-90A, which has a new wing, more efficient engines, higher payload and a new cockpit with a smaller flight crew than the old Il-76, which is no longer in production.

The Defense Ministry said last October it had signed a contract worth about 140 billion rubles ($4 billion) with UAC for the delivery of 39 Il-476 planes by 2020. Military Transport Aviation's commander Col. Gen. Vladimir Benediktov later said the service would in fact buy 48 of the planes by 2020.