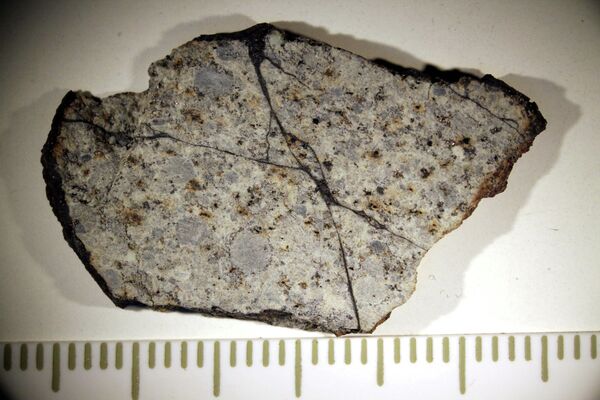 Scientists from Russia's Urals Federal University have discovered a meteorite fragment weighing more than one kilogram (2.2 lbs), the largest found so far from the meteorite strike that hit the Urals region on February 15, University expedition chief Viktor Grokhovsky said on Monday.

A total of more than 100 fragments have been found by the expedition along a 50 kilometer (30 mile) trail under the meteorite's flight path, he said.

Over 1,500 people were injured and thousands of buildings damaged when the massive meteorite streaked across the sky over the Russian city of Chelyabinsk.

US space agency NASA estimates the meteorite was roughly 15 meters (50 feet) in diameter when it struck Earth's atmosphere, travelling several times the speed of sound, and exploded into a fireball brighter than the morning sun.

Fragments of the meteorite have been found in an eight-meter (25 feet) wide crater in the region’s Lake Chebarkul, scientists said earlier this week.