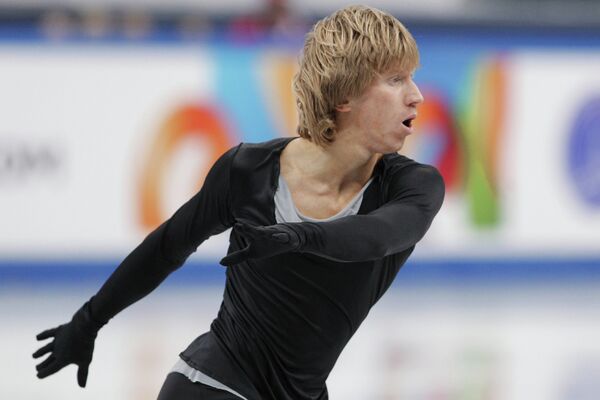 MOSCOW, February 22 (R-Sport) - Russian figure skating star Konstantin Menshov has been denied a place at next month's world championships despite appearing to meet a prerequisite set by officials.

Menshov, 29, was reportedly told he would have to put in a worthy performance at this week's Russian Cup Final to be considered for Russia's only place in the men's singles event at the March 11-17 championships in London, Ontario.

Menshov, a former national champion, won the event in the Russian city of Tver outright, posting a better score than the man who is to take his place in Canada, Maxim Kovtun, at last month's European championships in Zagreb.

The Figure Skating Federation of Russia justified the move by saying the 17-year-old Kovtun has a better chance of finishing in the top ten, which would grant Russia two entrants into the Sochi 2014 Winter Olympic program.

"In the opinion of experts and the executive committee of the (federation), Kovtun has better chances of getting into the top ten skaters in the world than the other national pretenders," the federation said in a website statement, adding other stars in Artur Gachinski and Sergei Voronov had also been considered.

Kovtun finished fifth in Zagreb, where he was also controversially chosen to compete over Menshov.

Regardless of whether Russia gets one slot or two at its home Olympics next year, it is likely that 2006 Turin Olympic champion Evgeny Plushenko, who withdrew half way through the European championships with a back injury, will take part - if he is able to recover fully by then.

Also skating for Russia at the world championships will be: Adelina Sotnikova, Elizaveta Tuktamysheva and Alyona Leonova in the ladies singles; European champions Tatyana Volosozhar and Maxim Trankov and Vera Bazarova and Yuri Larionov in the pairs; and three ice dance couples led by Yekaterina Bobrova and Dmitry Solovev.