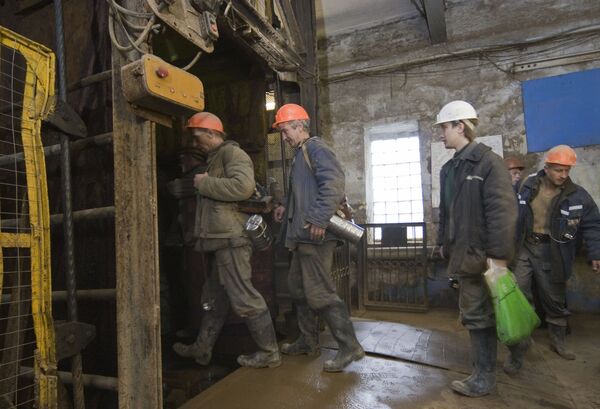 Russian steelmaker MMK has signed a deal to sell its 50-percent stake in the Kazankovskaya coal company to rival Evraz, MMK said on Friday.

Correction: An earlier version of this story gave the price of the sale as $300 million. The actual price was not disclosed.

MMK and Yuzhkuzbasugol, a Evraz subsidiary, announced in January 2005 their intention to form a joint partnership for coal mining at the Kureinsky coalfield in the south of Russia's Kemerovo Region, in a project then valued at $300 million. The project was managed by the Kazankovskaya Mine joint venture company.

"MMK and Evraz Group owned the Kazankovskaya company on a parity basis. The decision to sell, taken in the first quarter of 2012 by MMK's management, was made because the company felt its participation in the project did not fit in with its long-term strategy," MMK said.

MMK told Prime News at the start of last year that it was studying the possible options for its future involvement in Kazankovskaya.

As of April 2012, market analysts valued Kazankovskaya and its reserves at $150 million to $200 million, or at $40 million to $50 million excluding the license for the Kureinsky coalfield.