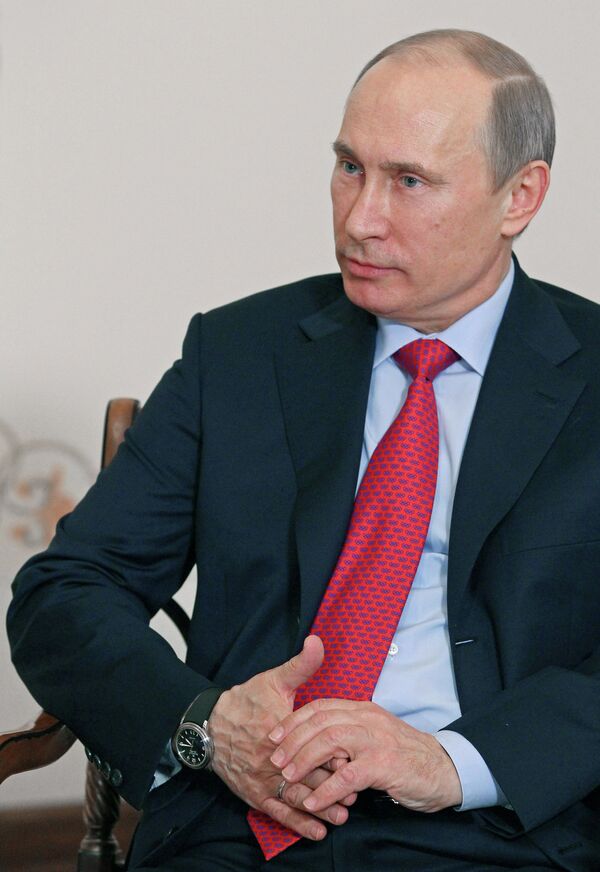 Russia’s population has fallen by more than five million since the collapse of the Soviet Union in 1991 as a result of lower births rates and life expectancy, although recent government estimates show a small rise since the 2010 census.

“We’re carrying out large-scale targeted interventions in the field of demographics, but without instilling a taste for sport, all of our efforts will have little effect on progress,” he said.

Putin has been keen in recent months to encourage more sport in schools, universities and the military, and said Thursday he would head a new council of trustees for student sports clubs.

University sport should be “absolutely depoliticized” and promote “fitness and a healthy lifestyle,” he said.

Putin signed a government order two years ago to introduce sports scholarships for talented student athletes by providing them with extra government funding at university, and expressed frustration Thursday that the plan had yet to be implemented.

"I ask the Education Minister to pay attention to this," he said.

Putin also drew on memories of his own student days, when he competed in judo, and said it gave him a “direct connection” to the issue.

Last month, Putin called for a revival of sports clubs in Russian universities and schools as part of a raft of measures aimed at reviving Soviet-era sports structures.

And before that, he charged the Defense Ministry with bringing back dedicated sports units in the Russian Army.

The aim there is to satisfy the draft requirement while protecting future champions from the full rigors of military service.