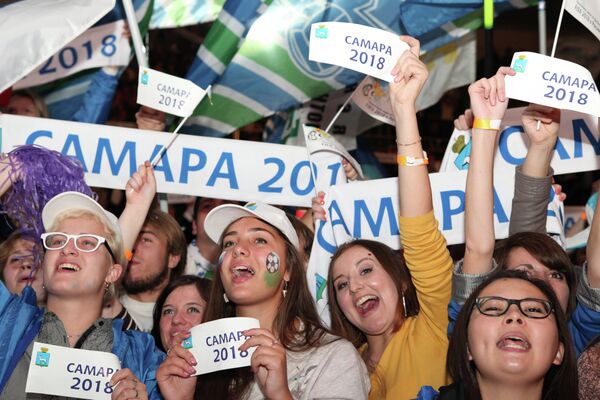 The central Russian city of Samara awarded a $27.5 million contract to design a 2018 World Cup arena Friday, picking a local firm for the job.

The tender calls for a 45,000-seater stadium, to be reduced to 35,000 after the tournament, plus various infrastructure items, and has been awarded to Samara-based TerrNIIgrazhdanproekt.

“Design work is the most important stage of preparation for the 2018 World Cup,” regional governor Nikolai Merkushin said in a statement.

“We believe that the stadium should be an ornament, the pride of Samara, both as an architectural object and as a sports facility.”

The arena will be surrounded by “a modern estate of social housing”, conference facilities and sports venues, he added.

The cost of the design tender had been set at a maximum of 861.4 million rubles ($28.3 million), the regional government said. It was not immediately clear which, if any, other companies had bid.

The stadium was earlier set to be built on an island in the Volga river, but that idea was scrapped in November because it would have been hugely expensive to comply with anti-flooding rules, local officials said at the time.

The arena will now be built closer to the airport, with building work due to start in January 2014.