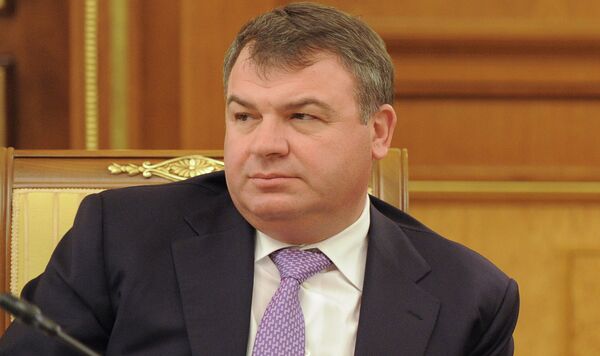 Former Russian Defense Minister Anatoly Serdyukov appeared for questioning on Friday over a massive fraud case at a state defense firm that led to his high-profile downfall late last year.

This story has been updated with the results of Serdyukov's visit to the Investigative Committee. Click here to read the new story.

This is the second time since his ouster by President Vladimir Putin last November that Serdyukov appeared before investigators. He previously turned up on December 28, but refused to answer investigators’ questions in the absence of his lawyer, Genrikh Padva, who was reportedly ill at the time.

Padva told RAPSI on Friday that his client was ready to comply with the investigation and answer all the necessary questions.

Putin fired Serdyukov on November 6 after the former defense minister became embroiled in a scandal over alleged real estate fraud involving state assets of about $130 million at Oboronservis, a firm controlled by the Defense Ministry.

Observers have said his ouster marked the beginning of a Kremlin-backed anti-corruption campaign.

Serdyukov, who served nearly six years at the post, was previously reported by Russian media to have fled for Latvia and sought permanent residency in the ex-Soviet Baltic state, a charge the Latvian Foreign Ministry swiftly denied.