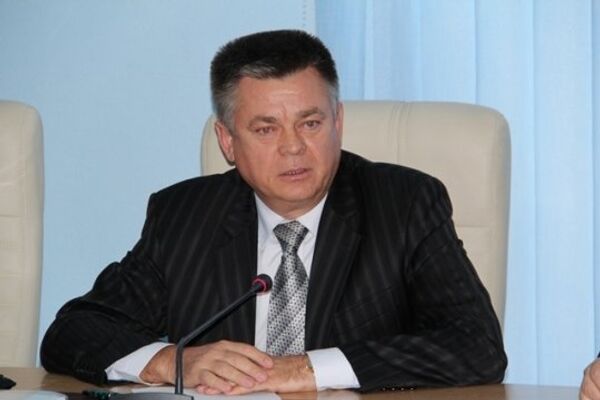 Ukraine will suspend mandatory conscription in 2013 as a step toward a transition to a fully professional army, the country’s Defense Minister Pavlo Lebedev said.

KIEV, December 30 (RIA Novosti) – Ukraine will suspend mandatory conscription in 2013 as a step toward a transition to a fully professional army, the country’s Defense Minister Pavlo Lebedev said.

“We are facing new formidable tasks next year,” Lebedev said on Saturday in a New Year’s address to the Armed Forces personnel and veterans.

“We will review the composition and the command structure of the Armed Forces, improve the system of military education, and suspend the conscription while making a transition to manning the army solely on a contract basis, as it is done today in the leading countries of the world,” he said.

Lebedev, who was appointed defense minister on December 24, added that the Ukrainian government would continue to prioritize the equipment of the Armed Forces with new and modernized weaponry, the improvement of combat training and the participation of Ukrainian military in peacekeeping operations around the world.

Ukraine has long been making plans for a transition to a fully professional army, but low defense budgets (currently about $2 billion or only 1.1% of GDP) have hampered the process.

The goal of the reform is to create in Ukraine “modern European-like armed forces, small in numbers but well-trained, properly supported, mobile and professional,” according to the country’s General Staff.