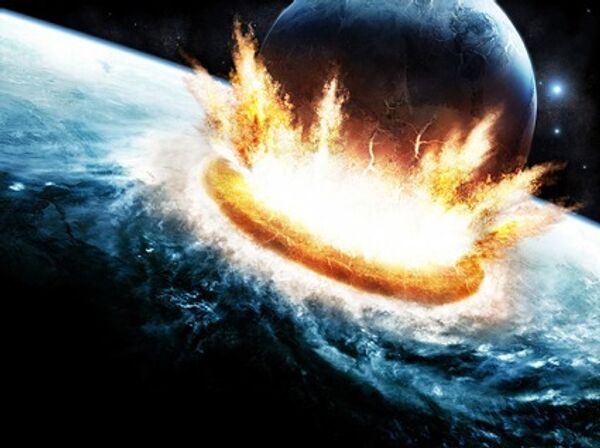 If you’re one of the people across the globe worried about Friday’s so-called “Mayan apocalypse” and what some say will be the end of the world, you can keep watch over the heavens online for impending signs of doomsday.

WASHINGTON, December 18 (RIA Novosti) – If you’re one of the people across the globe worried about Friday’s so-called “Mayan apocalypse” and what some say will be the end of the world, you can keep watch over the heavens online for impending signs of doomsday.

Scientists at the US National Aeronautics and Space Administration (NASA) and elsewhere have said there is nothing to be concerned about, that the world will still be here on Saturday.

But if want to look for impending signs of the end of times you can:

From the Canary Islands off the coast of Africa to the Prescott Observatories in Arizona, the online Slooh Space Camera will broadcast a series of live celestial feeds to let the public watch solar activity as it happens, the company said in a statement.

"Rather than merely offer scientists' dismissals of the many silly doomsday scenarios that have now been heard by almost everyone in the world, and which have reportedly produced panic in Russia, Slooh will take a 'let's see for ourselves' attitude," said Astronomy Magazine columnist Bob Berman, who will host some of the online feeds.

From monster solar storms to colliding planets, the Slooh Space Cam will host a series of web shows, each focused on a different scenario of how the end of days might occur.

"By acting independently of any government agency, which assumedly would be disbelieved by the millions who are convinced a giant cover-up is in place, Slooh will observe the planets and the ecliptic plane for anything out of the ordinary," Berman added.

Pete’s Pond, a waterhole on the Mashatu Game Reserve in Botswana, Africa has a “wildcam” where you can watch a live feed of lions, warthogs, and the apocalypse if it happens on Dec. 21.

With a camera equipped with a microphone and floodlights that switch on automatically at night, doomsayers can monitor the pond for any signs of death and destruction.

While New Yorkers brace for doomsday with a host of celebrity studded “End of the World” themed parties, doomsday watchers can monitor the skyline via a live feed of downtown Manhattan. Boasting views of the Empire State Building, this camera will allow those who believe the “Mayan apocalypse” will center around New York, a crisp, clear view to watch doomsday play out.

Keep Your Eyes on the Sky

This NASA live stream shows a view of the sky above the space agency’s Marshall Space Flight Center in Huntsville, Alabama.

Earlier this month, the camera was considered to have one of the best views of the Geminids meteor shower, and on December 21, it could prove to be a useful tool when keeping an eye out for a Mayan apocalyptic asteroid strike.