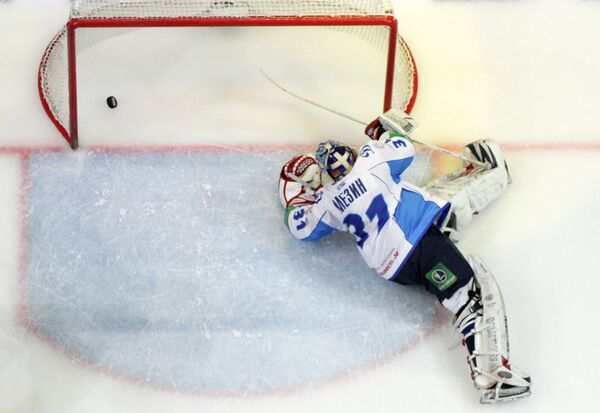 Gagarin Cup holder Dynamo Moscow was set to face big-spending SKA St. Petersburg in Brooklyn on January 19 and 20 under plans the league announced in June.

The KHL said that the continuing lockout in the NHL made it difficult to host the games.

“Meeting the wishes of thousands of Russian hockey fans, considering the interests of the teams Dynamo Moscow and SKA and due to the lack of certainty with the NHL lockout length, the KHL decided to change the dates of games between the teams scheduled for January 19 and 20,” the league said in a website statement.

Exaxtly how the NHL lockout affected the fixtures was not specified. No NHL team plays at the Barclays Center.

Both teams have signed NHL stars during the lockout, with Dynamo picking up the Washington Capitals duo of Alex Ovechkin and Nicklas Backstrom, while SKA has added Ilya Kovalchuk, Vladimir Tarasenko and Sergei Bobrovsky to its roster.

Dynamo is top of the Western Conference with 15 wins in 20 games, while SKA trails two points behind in third place.