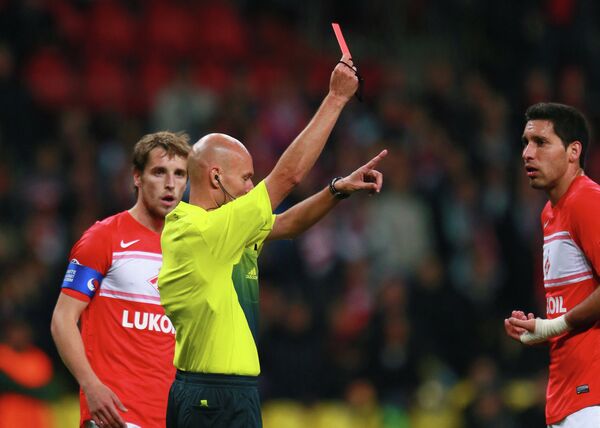 (CORRECTS to say victory was Celtic's first away win in Champions League, not just group stage)

Celtic came back from 2-1 down with 20 minutes remaining to win with an own goal and a last-gasp winner from Georgios Samaras.

"It's just phenomenal that we managed to go away from home and get three points in the group stage," Brown said.

"For us to be on the winning side and going into that dressing room with the music blaring and everyone jumping about, just delighted."

Confidence from beating Spartak could boost Celtic for their next two matches against Barcelona, Brown said.

"We've got great team spirit in the dressing room so we're going to have to take that onto the pitch," he said.

The turning point in Moscow came when Spartak center-back Juan Manuel Insaurralde was sent off for tripping Gary Hooper in a last-man challenge, but Brown suggested the referee had taken some persuading to issue the red.

"At the end, we managed to get the right decision," he said, claiming the referee had originally intended to book Hooper for diving.

"I think Gary was one-on-one with the goalie, he just managed to get in behind the defender and he's brought him down, so he's not going to dive from 10, 15 yards out [of the box]," Brown said.