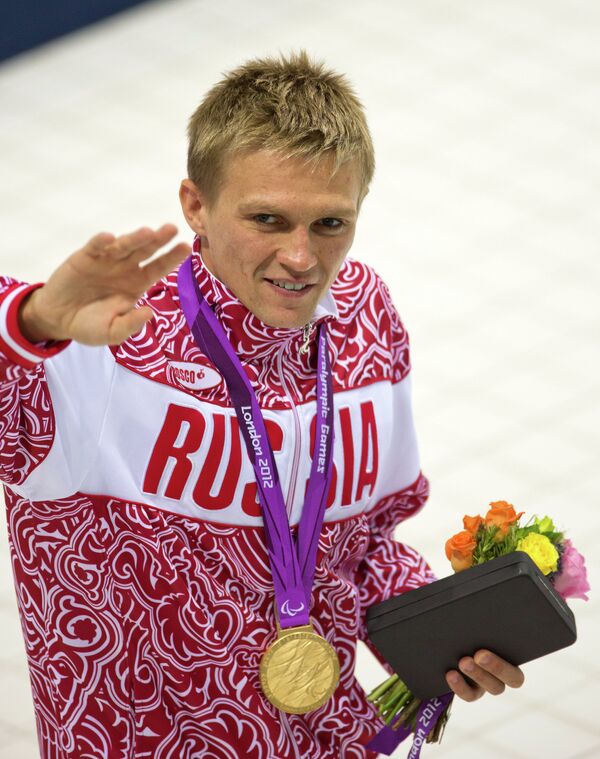 Disabled people are marginalized, often stigmatized, in Russian society, where basic infrastructure such as wheelchair ramps and disabled toilets is lacking in the big cities.

But many old prejudices were broken down in the wake of Russia's best-ever Paralympic performance in London with 102 medals, 36 of which were gold.

“In Russia, parents often abandon children who have some problems with their health,” Makarov said.

London 2012 received the highest Russian television exposure of any Paralympics in history.

Five-time gold medalist Oksana Savchenko said after the Games that she was stunned by how much more exposure the Paralympics had compared to Beijing 2008 and that it would breed new respect for disabled people.

Makarov won gold in the 100 meters butterfly for the visually impaired in London, his sixth career Paralympic gold medal.