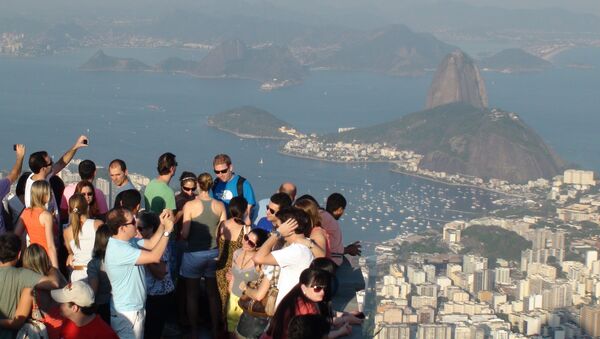 Russian tourists have a bit of a style problem and are the worst dressers in the world, according to a Skyscanner survey.

Russian tourists have a bit of a style problem and are the worst dressers in the world, according to a Skyscanner survey.

Skyscanner, Europe’s leading travel search site, surveyed over 12,000 people in six countries asking them who they believed to be home to the most stylish people and who were the biggest losers on the catwalk.

The Russians scored lowest with 13 points out of 60, especially in the eyes of the British, Spanish and Dutch.

British and Spanish respondents gave Russian tourists the lowest scores - just one point - while the Dutch gave the same number of points to Russians and Germans.

The Dutch trail the Russians with 20 points, voted down by Swedes and Danes.

The third least stylish dressers are the Turks with 21 points, followed by Germans (25) and Swedes (31).

Italians scored the highest with 58 points, ahead of Spaniards (51) and French (42).

British and Danish travelers bring up the rear with 39 and 33 points, respectively.

“The results of the survey are discouraging for our compatriots,” Tatyana Danilova, Skyscanner manager for market development Russia, said.

“However, what foreigners regard as poor style is often a style that evolved in a country that had long been isolated from the rest of the world.”

Although the “iron curtain” was raised a couple of decades ago “it will take some time to bridge cultural differences,” she added.