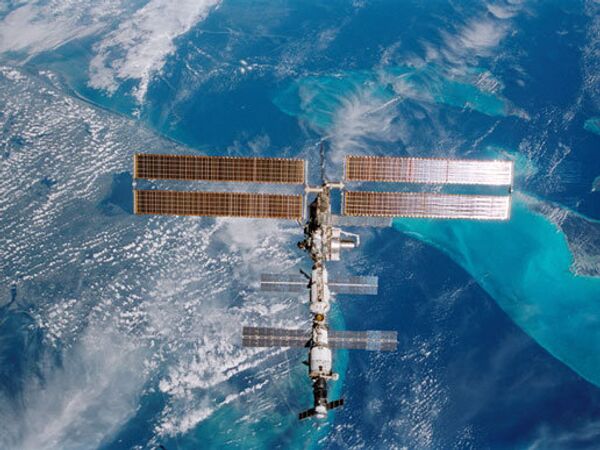 Engines of European Space Agency’s ATV-3 space freighter will be switched on Wednesday to readjust the orbit of the International Space Station (ISS), the Russian Federal Space Agency Roscosmos said.

The engines of the Edoardo Amaldi spacecraft, which is docked at Russia’s Zvezda module on the ISS, will fire at 8.00 p.m. (16:00 GMT) and remain turned on for 1,876 seconds.

“As a result, the average height of the ISS orbit will be raised by 7.7 kilometers, to 414.42 km,” Roscosmos said in a statement.

Corrections to the space station's orbit are conducted periodically to compensate for the Earth's gravity and to safeguard successful docking and undocking of spacecraft.