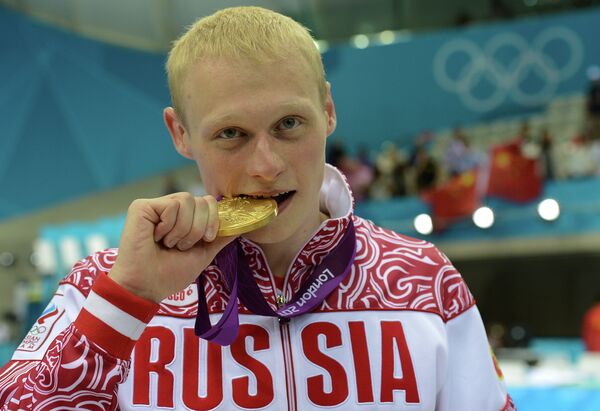 The 21-year-old had the most difficult program and snatched the gold medal from China’s Qin Kai with his sixth dive, a forward four-and-a-half somersault, for 104.50 points to total 555.90.

Qin Kai notched up 541.75 points, leaving his compatriot and Beijing gold medalist He Chong with the bronze medal.

"I understood that the Chinese are reachable during my synchronised three-meter springboard dive," Zakharov said. "The last dive was most difficult for me because during the previous competition, a mistake at that stage cost me a medal."

Zakharov added this gold medal to the silver that he won in three-meter synchronized springboard competition with Evgeny Kuznetsov.

Zakharov is the first non-Chinese diver to win the event since Mark Lenzi of the United States won it at Barcelona 1992.

China wrapped up all four gold medals in synchronized diving.

"I did pretty well, even though I didn't expect to get the silver. The Russian has a really high level of difficulty and he did extremely well."

His countryman He was disconsolate, however.

"It is not good but this is normal because there always has to be a winner and a loser. You never want to lose in the Olympics. It was a pity that I did."