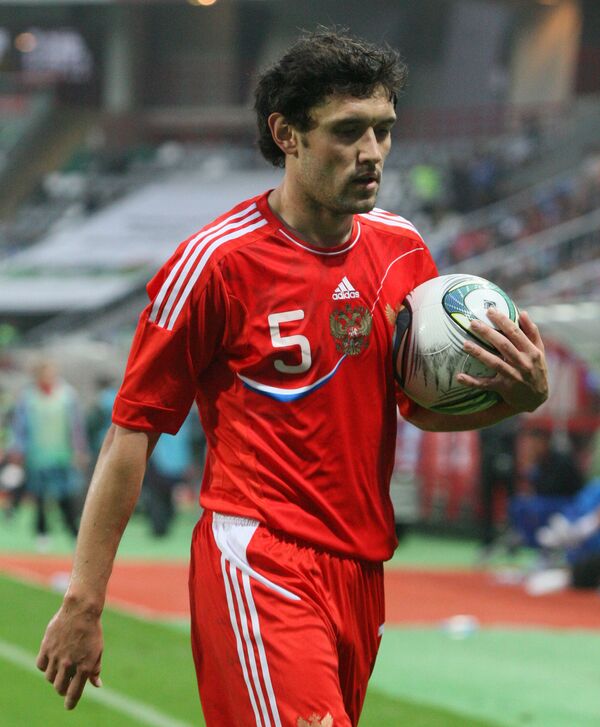 The squad will face the Ivory Coast in Moscow on August 15.

Of the 24 players, 15 were in the Russia squad that crashed out in the group stage of Euro 2012, while two more, defenders Vasily Berezutsky and Roman Shishkin, were originally picked for the tournament before being ruled out with medical problems.

As well as Anzhi’s Zhirkov, another notable absentee is Sporting Lisbon’s Marat Izmailov, while Reading forward Pavel Pogrebnyak was already out of contention, having been left off an earlier 36-man provisional list.

There is also no place for Spartak Moscow striker Artem Dzyuba, who narrowly missed out on a place at Euro 2012 but is tipped as one of Russia’s brightest prospects.

Ex-Everton midfielder Diniyar Bilyaletdinov returns after failing to make the squad for Euro 2012.

The squad hints at selection problems in midfield, with Capello selecting 11 midfielders including Arsenal’s Andrei Arshavin and CSKA Moscow’s Alan Dzagoev, one of the stars of Euro 2012.