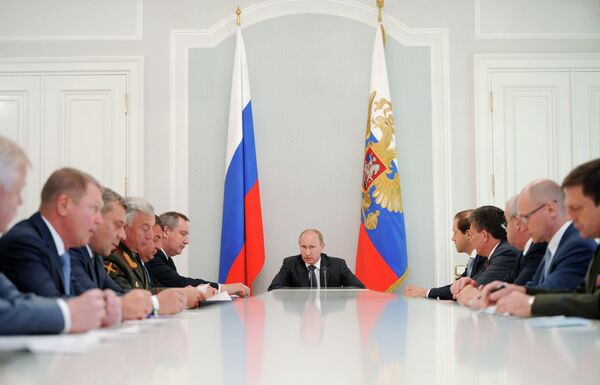 “We are not going to engage in an arms race, but no one should doubt the efficiency and reliability of our nuclear potential and our aerospace defense,” Putin said at a meeting devoted to the state defense program.

“Nuclear weapons remain the main guarantee of Russia’s sovereignty and its territorial integrity, it plays a key role in maintaining global and regional stability and balance,” Putin said.

Aerospace defense is also vital, he continued. “It must remain on constant alert, take account of potential aggressor’s plans for development of attack instruments, provide neat and rapid interaction with other branches of the armed forces,” he said.

“By 2020 the share of up-to-date arms in the strategic nuclear weapons should reach 75-85 percent, in the aerospace defense system – at least 70 percent.”

In November 2010, then-president Dmitry Medvedev called for work on a unified aerospace (air-space) defense. On December 1, 2011, the Space Forces became the Aerospace Defence Forces, fusing all space and some air defense components into one joint service. This branch of the armed forces is responsible for air and missile defense, operation of Russian military satellites and the Plesetsk Cosmodrome.