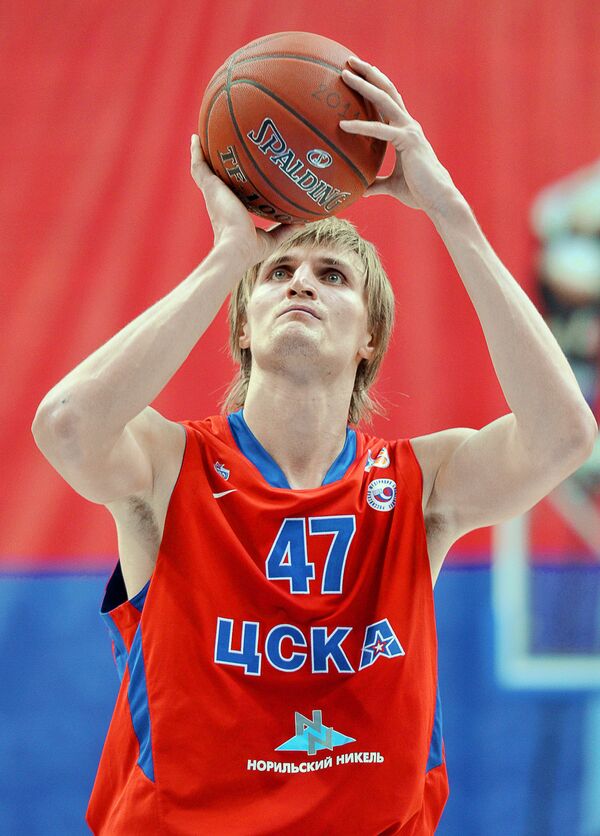 Former Utah Jazz forward Andrei Kirilenko, currently playing at CSKA Moscow, may have a way back to the NBA with the Brooklyn Nets, the Nets' manager told local radio Saturday.

Kirilenko, who was named Euroleague MVP this season and will be one of the leaders of the Russia team at the coming London Olympics, has been heavily linked a move back overseas in recent weeks.

"We're talking to Kirilenko," Billy King told Fox Sports Radio. "I saw him in the Euroleague Final Four. Yes, he still can play. He'd be a great piece to add to us. He'd give us more depth at the forward spot."

"That's why I'm looking at Kirilenko. You need players to run at those guys," he said.

Kirilenko, 31, became the youngest player in Russian Super League history when he debuted for Spartak St. Petersburg in 1997 aged 16, before moving to CSKA in 1998.

He is on contract with CSKA till October 2014.

On Russia's roster since 2000, Kirilenko won the 2007 Eurobasket with his country and was the part of the team that finished third at the 2011 tournament.