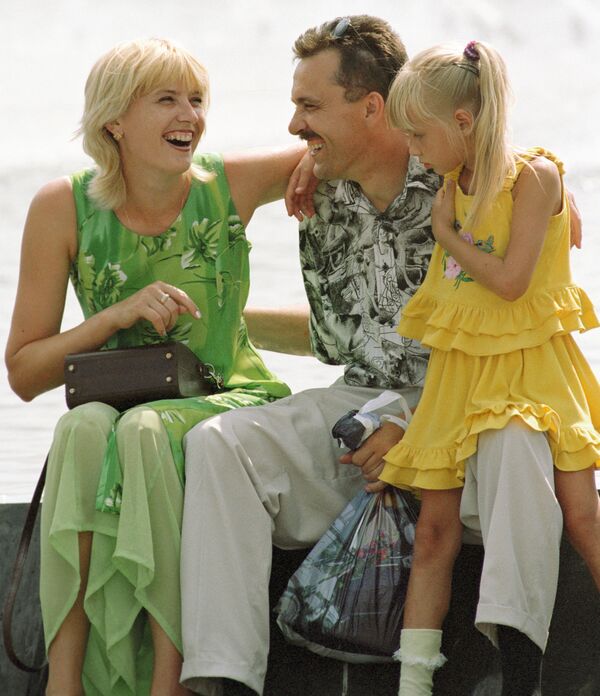 © RIA Novosti . Dmitri Korobeynikov
/
Go to the mediabank
Subscribe
International
India
Africa
Most Russians believe that mutual understanding and support of family is more important than financial wealth, according to a poll carried out by Russia's state-run polling agency VTsIOM.

Most Russians believe that mutual understanding and support of family is more important than financial wealth, according to a poll carried out by Russia's state-run polling agency VTsIOM.

“Eighty-one percent of the respondents say that the ideal family for Russians is one in which mutual understanding, support and respect in spite of financial difficulties prevails. Seventy-eight percent say that the interests of family as a whole is more important than its individual members. Seventy-seven percent say a husband and wife have common interests and spend their free time together. In addition, most respondents (65 percent) say that an exemplary family is one where all problems are solved independently without interference from others,” the poll said.

Married respondents more often mentioned that mutual understanding and not financial well-being is the basis of a model family (83 percent vs 78 percent unmarried).

Slightly more than half of Russians (53 percent) believe that a family should have a head of household who will take care of the others, while 45 percent want equal rights and responsibilities between spouses. At the same time more women and unmarried respondents strive for equality.

The survey was held June30 – July 1 with the participation of 1,600 people from 138 residential areas. The margin of error is plus or minus 3.4 percentage points.