Anzhi in Plea to UEFA to Declare Ground Safe 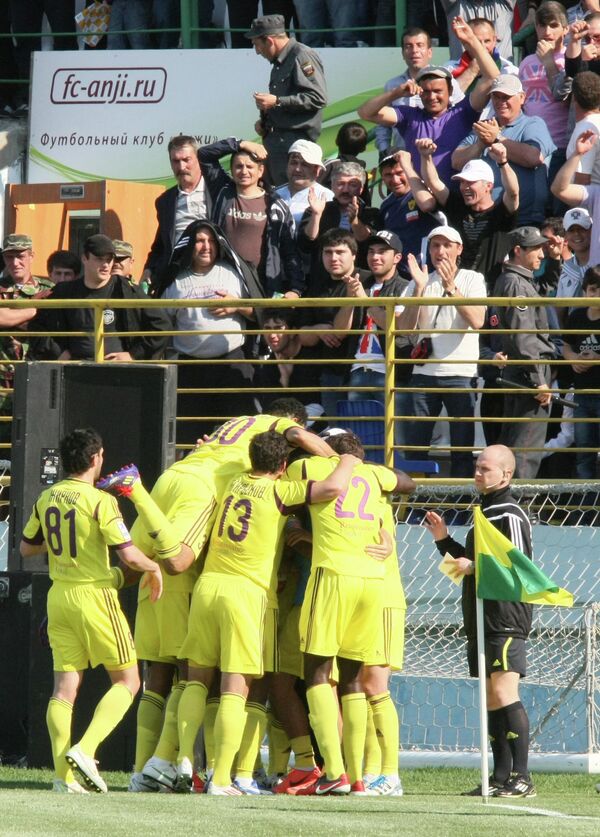 Anzhi Makhachkala have made an emotional plea to UEFA president Michel Platini to reconsider the decision to declare the club unfit to host Europa League matches over safety concerns.

Anzhi Makhachkala have made an emotional plea to UEFA president Michel Platini to reconsider the decision to declare the club unfit to host Europa League matches over safety concerns.

But a UEFA commission decided on in a June 30 meeting in Kiev that an alternative stadium must be found outside the province of Dagestan, due to the threat posed by the Islamist insurgency, Anzhi said.

However on Tuesday, Anzhi general director Aivaz Kaziakhmedov published a letter to Platini on the club's website in which he urges the Frenchman to reconsider the decision, and says the club is ready to issue safety guarantees.

"It is with huge pity and, I won't hide it, surprise that we learned of UEFA's decision not to hold Anzhi's Europa League matches at the home stadium in Makhachkala," Kaziakhmedov wrote.

The decision is detrimental to the province's efforts to emerge from poverty, Kaziakhmedov said. Few provinces in Russia have a lower average wage.

"UEFA so actively promotes improving social conditions in various countries through the prism of football development. From this the conclusion could be drawn that these decisions by UEFA's executive committee are in contradiction to UEFA's values," Kaziakhmedov said.

"Due to the fact that the main aspect for taking this decision of the UEFA executive committee ... is over players' and fans' safety, Anzhi are ready to present all necessary documented guarantees from the corresponding state organs."

Dagestan is seen as a hotbed of terrorist activity and the origin of several deadly attacks over the last few years.

As recently as May, 14 people were killed and 122 wounded in suicide blasts in Makhachkala.

Militants from the regions were blamed for the double suicide blast of the Moscow subway in 2010 that killed 40 people.

But Kaziakhmedov seemed perplexed at the apparent refusal of UEFA to send an inspection team before arriving at the conclusion the venue was unsafe.

"It wasn't only the actual decision that worried us. Usually in such cases representatives for UEFA to conduct consultations with the head of the national [football] federation and the club, they send a commission to check whether it's possible or impossible to play a match in one city or the other."

He added the club's safety record showed they are fit hosts.

"Anzhi have staged matches of the Russian championship and cup over the course of at least 20 years. In that time there wasn't one single serious incident at our stadium."

Anzhi enter the competition in the second qualifying round later this month, playing their first match away on July 19 and the home leg a week later.