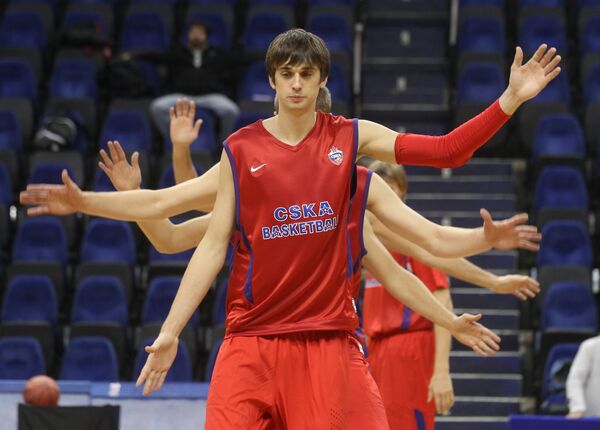 In-demand point guard Alexey Shved will decide which NBA team to sign with on basis of potential court time, he told R-Sport in a recent interview.

The Memphis Grizzlies, Cleveland Cavaliers and Minnesota Timberwolves have all offered contracts to the CSKA Moscow player, his agent Obrad Fimic told R-Sport on Tuesday.

“More than anything, I want to play,” Shved said, when asked Tuesday about his criteria for choosing between the three teams.

“You need to see what the roster’s like, what the coach is like, how they’ll relate to me and what role they see me in.”

Shved is currently in Venezuela with the Russian national team at the Olympic qualification tournament, and he suggested the situation could move more quickly when the tournament finishes Sunday.

“I haven’t personally spoken to any of the teams. I’ve talked to my agent, I trust him a lot,” Shved said.

“I’ll probably travel to the U.S. straight after the tournament.”

Shved is one of a number of CSKA players who have been linked with NBA moves this summer, including ex-Utah Jazz small forward Andrei Kirilenko, Serbian center Nenad Krstic and Lithuanian shooting guard Ramunas Siskauskas.

CSKA reached the Euroleague Final Four last season only to lose to Greek team Olympiacos 62-61 on a buzzer beater.

In the Russians’ 66-64 comeback semifinal win over Panathinaikos, Shved attracted attention with 15 points and five rebounds from just under 20 minutes of playing time.