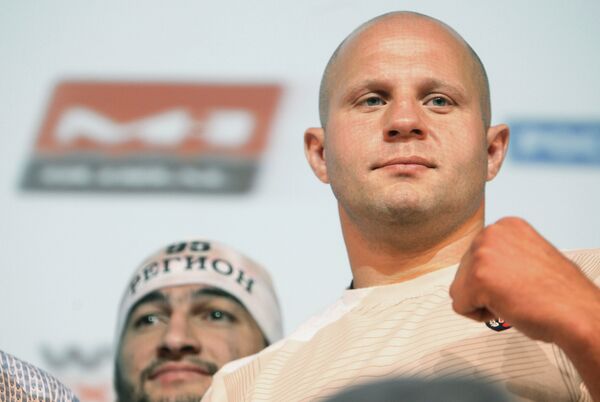 It took Emelianenko just 44 seconds to knock out Brazilian veteran Pedro Rizzo on Thursday, putting him on the ground with a serious of punches and then finishing with more strikes to the head.

"I think it is time I quit," Emelianenko said.

"My family influenced my decision. My daughters are growing without me, that's why it's time to leave."

Emelianenko will not be tempted by any "fantastic offers", including a possible rematch against Brazilian fighter Fabricio Werdum, he said, adding there is no agreement on such a match.

Emelianenko, 35, is a multiple world heavyweight champion and went undefeated for almost a decade until losing to Werdum in June 2010, earning the nickname "The Last Emperor" for this record.

After that he suffered two more losses, first to Brazilian fighter Antonio Silva and then American fighter Dan Henderson, which made him take a month's break to make a decision on his career.

He chose to mount a comeback to halt the losing streak, beating Monson on a decision in November in Moscow and then knocking out Japan's Satoshi Ishii in Tokyo on New Year's Eve.