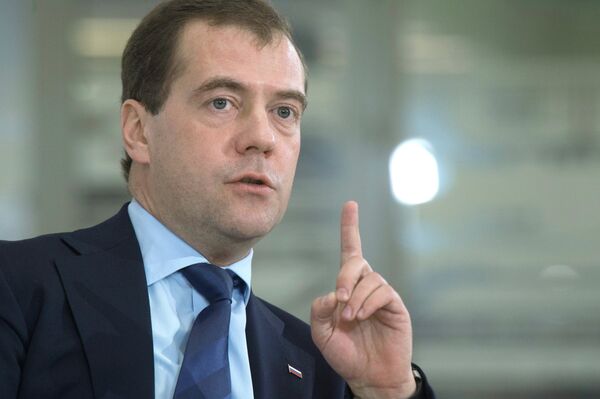 Regional aviation in Russia faces a crisis because air traffic management is too centralized in Moscow, Prime Minister Dmitry Medvedev said on Wednesday.

Regional aviation in Russia faces a crisis because air traffic management is too centralized in Moscow, Prime Minister Dmitry Medvedev said on Wednesday.

"Controllers of the Moscow Center [for Automated Air Traffic Control] serve 56 percent of all flights in Russia. This is not a good sign, because it means our regional aviation is in crisis," Medvedev said.

The prime minister said the current air traffic management system in Russia is more centralized in the capital than in the Soviet period, adding "aviation is a sphere which should be regularly improved."

Russian federal spending on aviation development and upgrades amounted to 41 billion rubles ($1.26 billion) in 2011, while in 2002 it stood at one billion rubles ($30.76 million), Medvedev added.

Fifteen major airlines, mainly based in Moscow, operate in Russia, handling 90 percent of passenger traffic while 120 small companies account for the remaining 10 percent.

The Russian United Business Aviation Association has cited problems for small air companies such as unsuitable legislation for registering small airlines, a lack of competition for ground services at airports and import duties on aircraft as reasons for the decline of the sector.