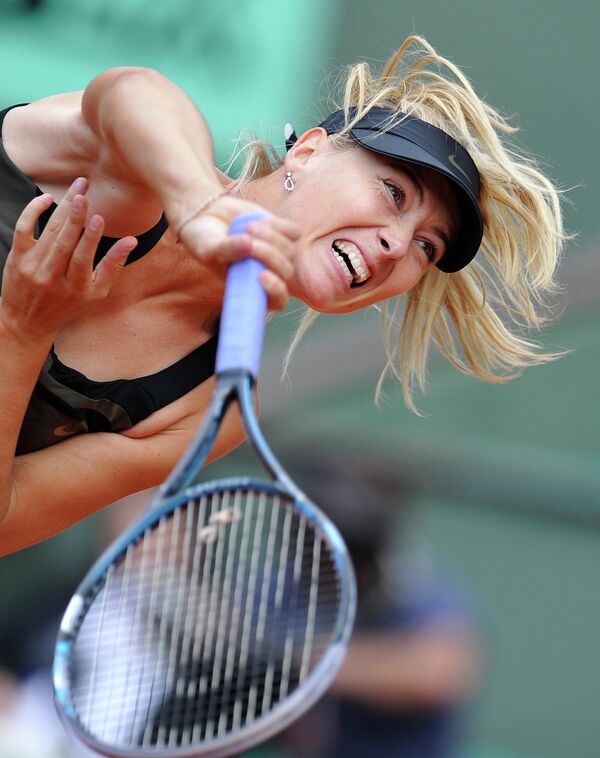 Sharapova breezed past the Czech player 6-3, 6-3 to join Italian 21st seed Sara Errani in Saturday’s final, her second Grand Slam final in a row after defeat at the Australian Open in January.

Boosted by 79 percent first-serve accuracy and consistent power, Sharapova did not come close to dropping a set, as she did for the only time in the tournament against her first Czech opponent, Klara Zakopalova.

For Kvitova, defeat means that her eight-month wait to play in a tournament final continues.

Errani held onto an early break in the first set but was subjected to a second-set thrashing by her Australian opponent, the losing finalist at Roland Garros in 2010, only to recover in the decider for a 7-5, 1-6, 6-3 win.

Errani, the 21st seed, has beaten three higher-seeded players on her way to the final, and scalped former champions Svetlana Kuznetsova and Ana Ivanovic.

The result means that the Italian will play in two French Open finals this weekend after she and partner Roberta Vinci won their women’s doubles semifinal Wednesday.

The Italian pair’s opponents will be Russia’s Maria Kirilenko and Nadia Petrova, who reached the final with a 4-6, 7-5, 7-5 win in a rain-interrupted match against Czech fifth seeds Lucie Hradecka and Andrea Hlavackova that finished Thursday.