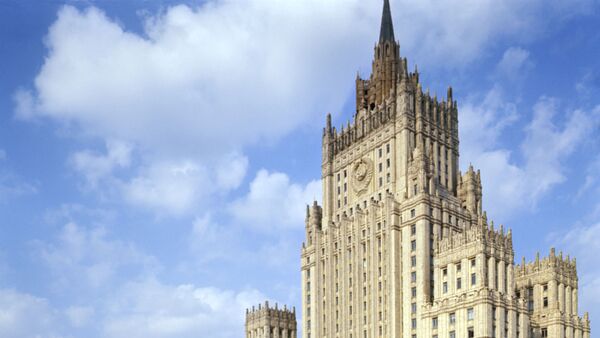 Moscow accused Washington of seeking to undermine the stability in the Caucasus by supporting Georgia’s idea of issuing “neutral passports” for the breakaway regions of Abkhazia and South Ossetia, a Foreign Ministry spokesman said on Thursday.

Moscow accused Washington of seeking to undermine the stability in the Caucasus by supporting Georgia’s idea of issuing “neutral passports” for the breakaway regions of Abkhazia and South Ossetia, a Foreign Ministry spokesman said on Thursday.

Georgia has been seeking to regain control over the separatist republics that rely on Russia’s support. Most of their residents hold Russian passports.

“Washington’s gesture to support the provocative idea to issue ‘neutral passports’ does not contribute to a constructive atmosphere in the discussions of security and stability in the Caucasus that opened today in Geneva,” Russian diplomatic spokesman Alexander Lukashevich said.

U.S. Secretary of State Hillary Clinton said in Batumi (Georgia) on June 5 that U.S. embassies would soon start accepting “neutral passports” for Abkhazian and South Ossetian residents wishing to travel to the United States. She said Georgia was thereby “reaching out to the people of Abkhazia and South Ossetia.”

Georgia said the “neutral passports” lacked any symbols of Georgia and only bore a registration number and an individual number. Moscow argued it was Georgia’s cunning ploy because the passports contained Georgia’s code and the Georgian Interior Ministry as the issuing body.

The Russia-Georgia standoff over the breakaway republics reached its peak in August 2008 when Georgian troops assaulted South Ossetia and destroyed part of its capital Tskhinvali in an attempt to retake control over the republic. This led to an armed confrontation with locally stationed Russian troops. The five-day war ended in Georgia pulling out of its former republic and breaking off diplomatic ties with Moscow. Russia and few other countries have since recognized the independence of Abkhazia and South Ossetia.

During her visit to Batumi, Clinton said Washington would continue defense cooperation with Georgia, including training Georgian military to monitor sea and air space, and modernize Georgian war helicopters.

In Tbilisi, Clinton spoke about the possibility of a new armed conflict between Russia and Georgia, which, Lukashevich said, only fueled sentiments of revenge among Georgians.

“The announcement that Clinton made in Tbilisi is a new, far from responsible statement, which will only encourage the Georgian leadership to unleash new armed conflicts in the Caucasus,” Lukashevich said.