Energy Package Should Not be Retrospective - Putin 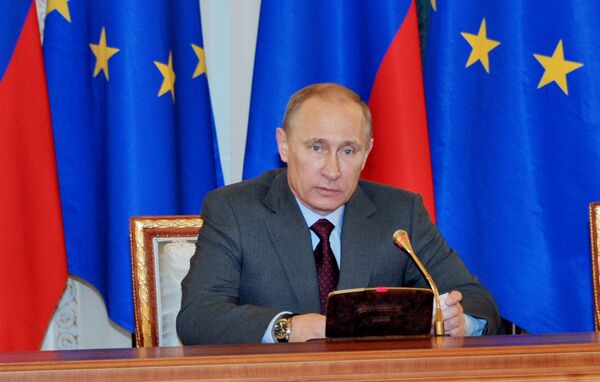 The EU’s third energy package of 2009 should not be applicable to deals signed previously, Russian President Vladimir Putin said  on Monday following the Russia-EU summit near St. Petersburg.

The package, which came into force in EU nations in September 2009, orders the separation of gas sales and transportation businesses and requires access for third parties to gas transportation grids. Russia’s state-run energy giant Gazprom, which covers 25 percent of Europe’s gas needs, strongly opposes the package, saying it will divert investment away from gas transportation systems.

“This, and other documents of the kind, should not be back dated to the contracts that were signed before the decision on the third energy package came into force,” Putin told a news conference wrapping up the summit.

The European Commission, which initiated the package, said it was aimed at increasing competition on the energy market, allowing other players to join the sector, and liberalizing energy prices. Some experts have suggested the European Commission was trying to control the market and force Gazprom to transfer from contracts to spot prices.

The European Commission’s chairman Jose Manuel Barroso said the new law was not discriminatory and was totally in line with international law.