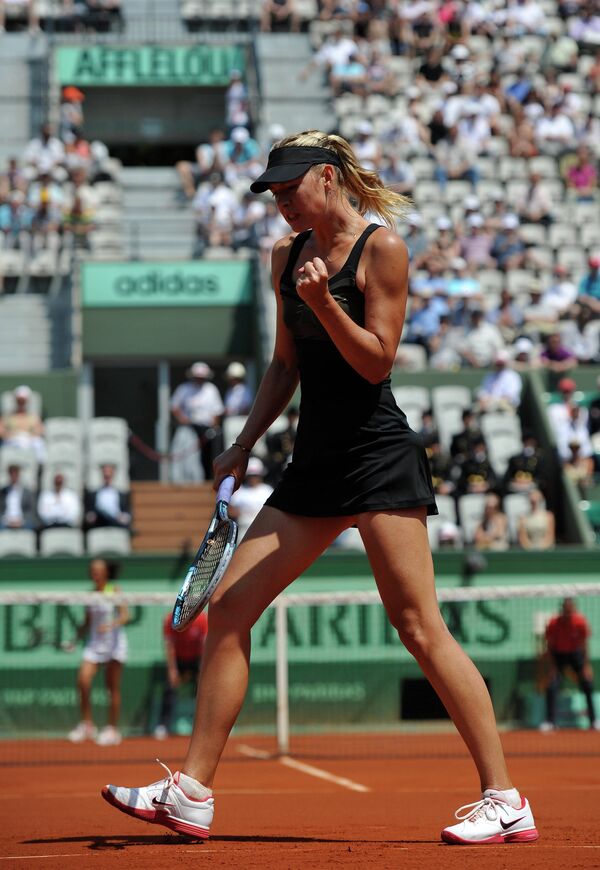 Sharapova won 6-1, 6-2 and has now dropped just five games in her first three matches of the tournament.

In the fourth round, she faces Czech player Klara Zakopalova, ranked 50th in the world, who pulled off a surprise straight-sets win over Russia’s Anastasia Pavlyuchenkova, the 22nd seed.

Zakopalova won 6-3, 7-5 to eject 22nd seed Pavlyuchenkova and give herself the chance to even up her head-to-head record with Sharapova, which currently stands at 2-1 in the Russian’s favor.

Elsewhere, British No. 1 Andy Murray put his injury worries behind him to record a straight-sets win over Santiago Giraldo.

The 50th-ranked Colombian capitulated 6-3, 6-4, 6-4 while Murray showed no sign of the back spasms that incapacitated him for part of his second-round win over Jarkko Nieminen.

Sixth seed David Ferrer of Spain crushed Russian No. 1 Mikhail Youzhny 6-0, 6-2, 6-2 in a match where the Russian felt so bad about his standard of play that he scrawled “sorri” onto the surface of the court midway through the match.

Reigning French Open champion Li Na continued the defense of her title with a third-round comeback win against Christina McHale of the United States on Saturday.

Li dominated in the second and third sets to take the win 3-6, 6-2, 6-1 and set up a fourth-round tie with world No. 142 Yaroslava Shvedova of Kazakhstan, who knocked out Carla Suarez Navarro of Spain 6-4, 7-5.