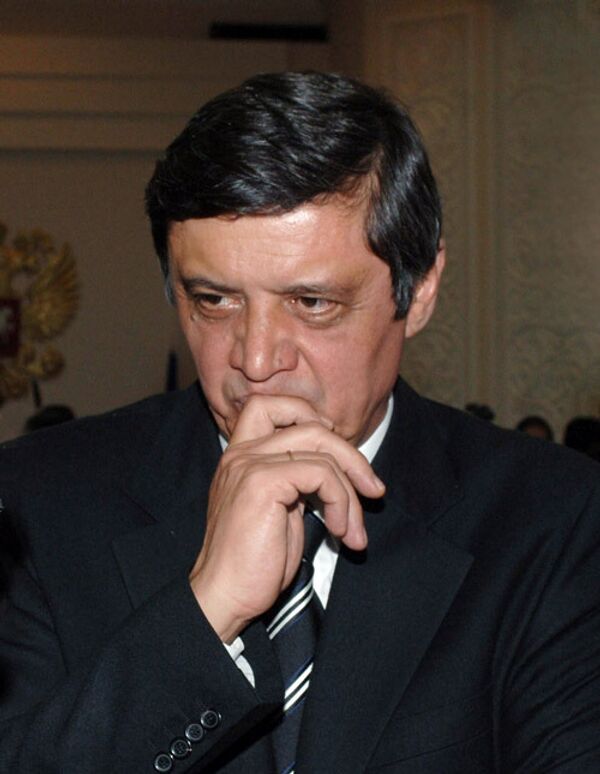 Russia has denied a NATO request to allocate $10 million for the support of the Afghan Army, the Russian presidential envoy to Afghanistan, Zamir Kabulov, said on Thursday following the alliance’s summit in Chicago.

Russia has denied a NATO request to allocate $10 million for the support of the Afghan Army, the Russian presidential envoy to Afghanistan, Zamir Kabulov, said on Thursday following the alliance’s summit in Chicago.

“At the summit…, it was stated that after 2014 (when international military forces withdraw from Afghanistan) support for the Afghan Army should continue,” said Kabulov, who also heads the Russian Foreign Ministry’s department on Afghanistan.

“For the United States it has already become difficult to bear this burden, they want to share it with NATO partners,” Kabulov continued. “They also hinted that it would be good if Russia allocated $10 million.”

He said Russia would not participate in NATO’s Afghanistan initiatives. “For several years we had been knocking on the door of the ISAF suppliers club. But this door was reluctant to open. Now they invited us and started hinting…In response we noted that we’ve long been rendering aid to Afghanistan,” the Kommersant daily quoted Kabulov as saying.

Russia had been reluctant to accept an invitation from NATO chief Anders Fogh Rasmussen to join the summit, which focused on the situation in Afghanistan, as well as on the alliance’s European missile defense plans.

Relations between NATO and Moscow have grown sour lately over the missile shield issue, but the sides have cooperated closely in the war in Afghanistan, which has been the main source of heroin flowing into Russia through its porous borders with former Soviet Central Asian republics.

Russia has allowed NATO to transit cargos to and from Afghanistan through its territory, and its continued support is crucial for the U.S.-led coalition fighting the Taliban as foreign troops are set to leave the country in 2014.

Moscow is preparing to allow the United States to use an airport in Ulyanovsk, the birthplace of Russian revolutionary Vladimir Lenin, to transit non-lethal cargo to and from Afghanistan.